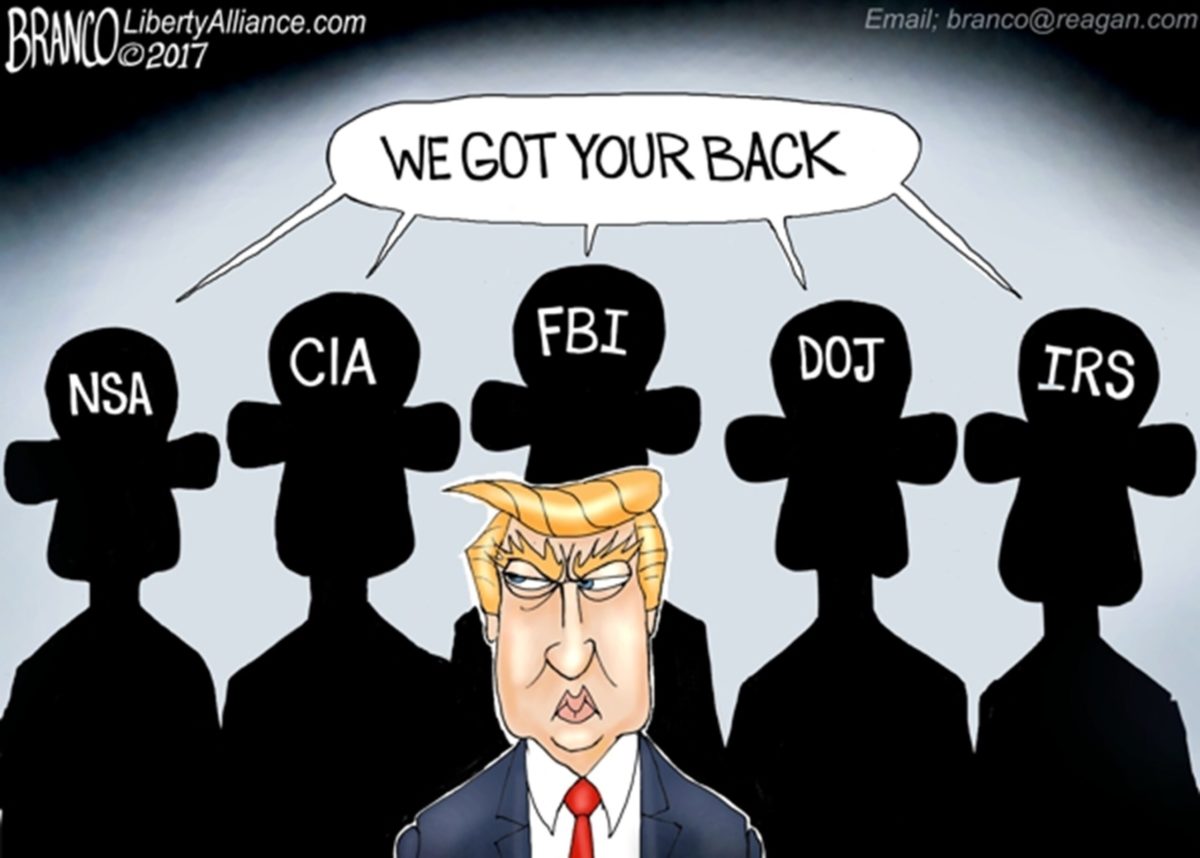 Intelligence agencies clearly have their fingers on the scales, and now there is a consistent pattern that, depending on which party is in power, tilts these intelligence assessments to be negative to the opposition party when they’re out of power.

The Office of the Director of National Intelligence (ODNI) has once again issued a politically tainted intelligence assessment on March 16, this time once again alleging that Russia tried to help former President Donald Trump win the election, this time in 2020.

According to the report: “We assess that Russian President Putin authorized, and a range of Russian government organizations conducted, influence operations aimed at denigrating President Biden’s candidacy and the Democratic Party, supporting former President Trump, undermining public confidence in the electoral process, and exacerbating sociopolitical divisions in the US.”

This was reminiscent of a similar assessment issued last August telling the American people who our foreign adversaries prefer to win the election, while former President Trump was still in office. Except in August it stated that China was trying to hurt Trump’s reelection, “We assess that China prefers that President Trump — whom Beijing sees as unpredictable — does not win reelection…”

But in the most recent assessment, China’s opposition to Trump was then walked back, stating contradictorily that “We assess that China did not deploy interference efforts and considered but did not deploy influence efforts intended to change the outcome of the US Presidential election… China sought stability in its relationship with the United States, did not view either election outcome as being advantageous enough for China to risk getting caught meddling… The NIO for Cyber assesses, however, that China did take some steps to try to undermine former President Trump’s reelection.”

So, which is it? When Trump was in office, the Director for National Intelligence found that China opposed Trump’s reelection bid. But after President Joe Biden is sworn into office, suddenly, China no longer prefers Trump lose.

The assessment on Russia, however, was not altered from the version in August, which stated then: “We assess that Russia is using a range of measures to primarily denigrate former Vice President Biden and what it sees as an anti-Russia ‘establishment.’… Some Kremlin-linked actors are also seeking to boost President Trump’s candidacy on social media and Russian television.”

This never ends. Once again, depending on which party is in power, U.S. intelligence agencies are getting involved with American presidential electoral politics, this time walking back an assessment that China wanted Biden to win, while doubling down claims Russia wanted Trump to win.

The 2017 statement for DNI was designed to knee-cap President Trump on his way into office, and to legitimize the FBI’s ongoing counterintelligence investigation into the Trump campaign and then the White House on false allegations that Trump and his campaign were Russian agents who had helped Moscow hack the Democratic National Committee and put its emails onto Wikileaks.

It was only more than two years later that Special Counsel Robert Mueller debunked that conspiracy theory, writing in his March 2019 report, “[T]he investigation did not establish that members of the Trump Campaign conspired or coordinated with the Russian government in its election interference activities,” and “the evidence does not establish that the President was involved in an underlying crime related to Russian election interference.”

In testimony before House Judiciary and Intelligence Committees on July 24, 2019, Mueller put a fine point on it, stating, “the investigation did not establish that members of the Trump campaign conspired with the Russian government in its election interference activities. We did not address collusion, which is not a legal term; rather we focused on whether the evidence was sufficient to charge any member of the campaign with taking part in a criminal conspiracy, and there was not.”

And the whole thing could have been averted years sooner. According to the Department of Justice Inspector General report detailing FISA abuses, the FBI hid exculpatory evidence that would have cleared President Trump and his campaign of any wrongdoing from the Justice Department and the FISA report. That included that the primary sub-source used by former British spy Christopher Steele in the DNC and Clinton campaign-paid for dossier that was used by the FBI had contradicted Steele’s findings in a Jan. 2017 interview by the FBI before Trump was even sworn into office.

According to Horowitz, “the Primary Sub-source made statements during his/her January 2017 FBI interview that were inconsistent with multiple sections of the Steele reports, including some that were relied upon in the FISA applications. Among other things, regarding the allegations attributed to Person 1, the Primary Sub-source’s account of these communications, if true, was not consistent with and, in fact, contradicted the allegations of a ‘well-developed conspiracy’…”

In other words, the Trump-Russia collusion investigation was nothing more than a conspiracy theory, a witch hunt that was fueled greatly in part by highly politicized intelligence assessments.

These agencies clearly have their fingers on the scales, and now there is a consistent pattern that, depending on which party is in power, tilts these intelligence assessments to be negative to the opposition party when they’re out of power.

None of this should be made public. The implication is the that one of the primary roles of the intelligence community is to show that the incumbent party’s political opponents are potentially in bed with foreign powers, further undermining public confidence in U.S. intelligence agencies as they become political actors, and fueling conspiracy theories about our elected leaders being traitors.

In other words, these political intelligence assessments are dividing the country, destabilizing our civil society and thereby endangering national security. Enough is enough.

This post, Intelligence agencies simply will not stop interfering in U.S. presidential politics, was originally published on The Daily Torch and is republished here with permission. Please support their efforts.