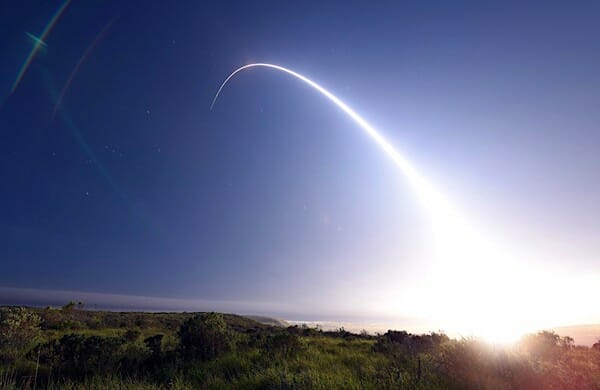 Why has the International Atomic Energy Agency’s warning that Iran is now capable of independently developing nuclear weapons gone virtually unnoticed in Israeli and American media?

The reason is that both Israel and the United States are struggling for their national survival, contends veteran Israeli-American journalist Caroline Glick.

Amid soaring fuel costs, the United States is in no position to punish Iran’s lifeblood, its oil industry, she noted in her “Mideast News Hour” podcast.

In fact, in the interest of lower fuel costs, she said, the U.S. may allow Iran to expand its export of oil.

“Since Joe Biden came into office, the United States has stopped effectively enforcing the sanctions on Iran oil exports,” she explained.

Under the mullah-led Islamic regime, Iran already is producing a million barrels a day, Glick said, “and they’ve gone past their revenue levels from before 2019 when the Trump administration reinstated the embargo on Iranian oil exports.”

On Monday, International Atomic Energy Agency director-general Rafael Grossi told the agency’s board of governors at its meeting in Vienna on Monday that Iran was “very close” to crossing the nuclear threshold, and it “cannot be avoided” at this point. An unnamed Israeli official said Grossi presented a report to the board showing Iran effectively already has enough enriched uranium for three bombs.

Glick pointed out that on the one hand, the U.S. and Israel are now governed by “post-nationalist” governments, whose members are hostile to their respective national identities.

On the other hand, she argued, the majority of citizens in both countries wish to protect and preserve their nations and their ways of life.

Glick’s guest in the podcast, David Wurmser, a senior Middle East policy adviser in both the Bush and Trump administrations, said there’s “a breakdown of leadership, and specifically political leadership” in both Israel and the United States.

And that breakdown, he said, “is crowding out the real issues that the country has to deal with in foreign policy.”