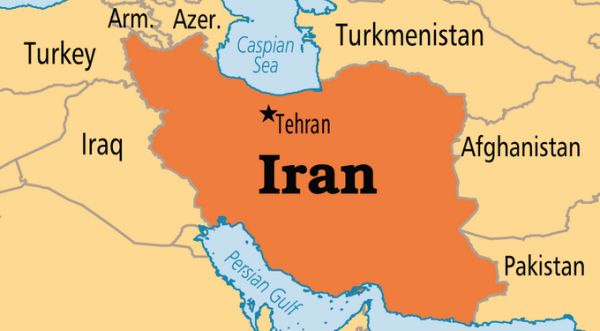 Iran is making a sucker of the West, just like Germany did in 1938, as it was starting its military campaign that eventually involved the rest of the world, according to a Saudi Arabian writer.

The comments from political analyst Faisal Ibrahim Al-Shammari, who specializes in American affairs and writes a column in the Makkah Daily, were uncovered by a report at the Middle East Media Research Institute.

That organization explained, “Against the backdrop of the current talks between Iran and the Western powers in Vienna, Saudi political analyst Faisal Ibrahim Al-Shammari … compared Iran to Nazi Germany and the nuclear agreement with it to the Munich Agreement signed with Germany in 1938. He argued that, just as the West ignored the evil of Nazi Germany on the eve of the Second World War and signed an agreement with it, Western states are now ignoring the evil of Iran and seeking to renew the nuclear agreement with it.

“Furthermore, just as the Munich Agreement only strengthened Nazi Germany and failed to prevent the war, a new agreement with Iran will boost its global status and will not keep it from developing nuclear weapons or prevent a war. On the contrary, the agreement is bound to increase Iran’s expansionist ambitions and its support of terrorist organizations,” he said. Al-Shammari warned that Iran is a police state that aspires to control its region while waging an ideological campaign against the Western democracies, and therefore an agreement with it is dangerous.

The writer’s own words included: “Many in the West denied the evil and cruelty of the Nazis. They looked away when it was still possible to stop this evil, and later tolerated it because it had grown strong.”

It was in 1938, he said, that Western democracies proved to the “evil dictatorial Nazi Germany that they would not do anything to stop its expansion.”

:That was when British prime minister Neville Chamberlain came to Munich to negotiate with Adolf Hitler. He believed Hitler’s promises that there would be peace if Germany was allowed to annex large parts of Czechoslovakia, [and preferred] not to confront the Nazi evil. Upon his return to Britain, he held the agreement aloft [and] announced that it had been signed,.”

He explained, “The agreement [signed] in 2015 between the U.S., Europe, Russia, China and Iran is very similar to the Munich Agreement of 1938. Nazi Germany was a police state, and so is Iran. The Nazis’ initial broader goal was to take control of their geographical region, and the greater goal of Iran is to expand into the Arab countries. Nazi Germany was an ideological rival of the Western democracies, and sought to dominate Europe, and Iran seeks to take over the Middle East and the Islamic world. And just as Britain and France sought to appease Nazi Germany, these same two countries, along with the U.S., have chosen to try and appease Iran…”

It was under Barack Obama that the U.S. participated in an agreement with Iran that at its best only delayed that rogue nation’s acquisition of nuclear weaponry. As part of the deal, Obama shipped actual pallets of American cash overseas. President Trump, citing its failings, withdrew the U.S. Now Joe Biden is trying to maneuver the United States back in.

But the Saudi writer said, “Hitler before 1938 did not declare his intention to eliminate the [democratic] regimes in Europe or exterminate the Jews and other minorities, whereas the Iranian regime has been supporting terror and fundamentalist movements around the world since [its founding in] 1979. In Germany there were no mass demonstrations [in which people chanted] ‘death to America,’ as happens on a regular basis in Iran. In 1938 Germany was not responsible for terror all over the world, as Iran is today, nor was it responsible for the death of over 1,000 Americans, whereas Iran [is responsible for this number of American deaths] in Iraq, Afghanistan and Lebanon, in addition to tens of thousands of Arab [deaths].”

He said Chamberlain defended his Munich Agreement by saying the alternative would be war, and under the deal, the Nazis would return to the fold of the international community.

“The proponents of the nuclear agreement [with Iran] are operating on the same rationale: that the agreement is an alternative to war and will keep Iran from obtaining a [nuclear] weapon, and that it will bring Iran into the fold of the international community,” he wrote.

He pointed out that Iran “has been in a state of war with the U.S. for decades” already.