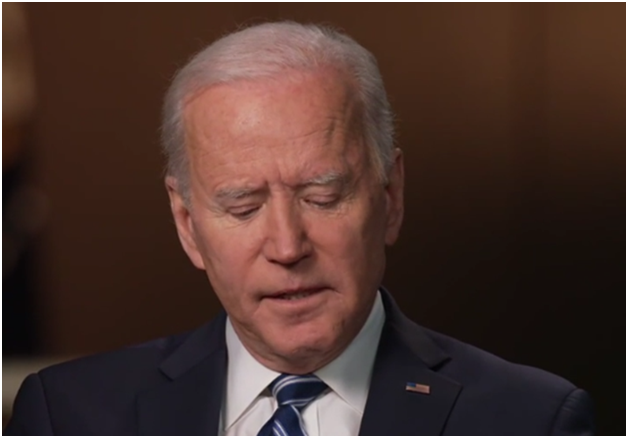 Is the court avoiding controversial issues while Democrats control the House, Senate and White House so as to not provoke Biden into utilizing the nuclear option to pack the court? If so, this illustrates the dangers of politicizing what is supposed to be an independent judiciary.

Since President Joe Biden has threatened to pack the Supreme Court to overwhelm the current 6-3 majority held by Republican-appointed justices, it appears to be deferring hearing controversial cases on Second Amendment and abortion-related issues.

As reported by USA Today’s John Fritze on April 19, “The Supreme Court on Monday declined to take up three challenges to a federal ban on gun ownership for people convicted of nonviolent crimes, disappointing Second Amendment advocates who hoped a more conservative court would begin to chip away at the restriction… In one of the cases before the court, a Pennsylvania man who pleaded guilty to driving under the influence in 2005 challenged the ban on purchasing or owning a gun. In another, a Pennsylvania woman who pleaded guilty to making a false statement on her tax returns sued over the ban. In a third, a man who pleaded guilty to counterfeiting and smuggling cassettes in the 1980s challenged the firearms ban.”

This followed the nation’s highest court refusing to take up a Mississippi abortion law case in February. Per Fritze again, “The U.S. Supreme Court has delayed a decision on whether to review a lower court’s ruling preventing the 2018 Mississippi law from going into effect that bans most abortions after 15 weeks of pregnancy.”Now it’s April, and the Court still has not decided whether to review the case or not.

Are the conservative members of the court intimidated? Biden and Congressional Democrats have threatened to eliminate the filibuster to amend the Judiciary Act of 1869 to increase the number of justices from nine to 13—which would give Democratic-appointed justices a 7 to 6 edge from the current 6 to 3 Republican-appointed lead.

This would mark the first time since Franklin Roosevelt tried to pass the Judicial Procedures Reform Bill of 1937, which would have given the President the power to appoint six additional justices to the Supreme Court for every member of the court over the age of 70 years and six months.

It never passed, but for all intents and purposes it worked. Up until that point, the Supreme Court had been rejecting key New Deal programs by Roosevelt in the Great Depression, but then, after the threat to increase the size of the court, suddenly members started ruling in favor of the New Deal. Roosevelt got what he wanted, and so abandoned the push to expand the court.

Is the same thing happening now? Is the Supreme Court avoiding controversial issues while Democrats control the House, Senate and White House so as to not provoke Biden into utilizing the nuclear option to pack the court?

If so, this illustrates the dangers of politicizing what is supposed to be an independent judiciary.

If so, then it may not be as much a retreat as a delay. That is, to avoid hearing major issues until after the 2022 Congressional midterms, when Democrats will be defending slim majorities in the House and the Senate. If so, if Republicans reclaim the House and/or the Senate in 2022, then the court it will be safe to issue the rulings it wants to on key issues. But, anything controversial before then by the court could provide the fuel for Democrats to abolish the filibuster.

For now, the filibuster appears safe after Sen. Joe Manchin (D-W.Va.) penned an oped for the Washington Post entitled, “I will not vote to eliminate or weaken the filibuster,” on April 7.

On the other hand, U.S. Rep. Mondaire Jones (D-N.Y.) who is cosponsoring the House Democratic bill to expand the court, on Twitter wrote, “Supreme Court expansion is infrastructure,” implying Democrats might attempt to expand the court using the budget reconciliation maneuver.

Meaning, the nine-member composition of the Supreme Court is hanging by a thread, and members may not want to light it on fire before 2022. Will the independent judiciary survive? Stay tuned.

This post, Is Biden’s court-packing threat intimidating the Supreme Court into skipping controversial cases?, was originally published on The Daily Torch and is republished here with permission. Please support their efforts.