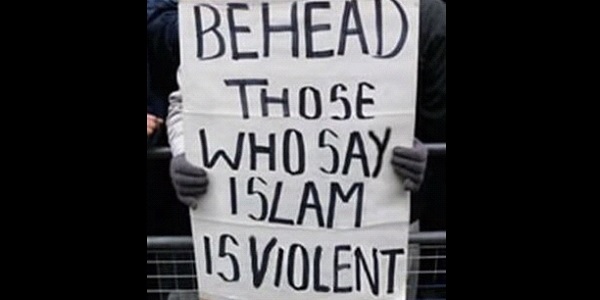 A state agency in Austria has demanded from a publication the details of a commenter who wrote in its pages that he had concerns about the “parallel society” for Muslims.

“If this letter writer had criticized Christians for setting up a ‘parallel society,’ do you think the Directorate for State Security and Intelligence would be after him? Neither do I,” he wrote.

Spencer explained the details come from eXXpress itself, which had carried the commenter’s remarks.

The report explained that the federal bureaucracy “wants eXXpress to disclose the data of a reader because he has sharply criticized the Muslim parallel society.”

The government agency’s letter left the team at eXXpress astonished.

“The reason given by the secret service officials in the wording: ‘The accused unknown perpetrator is specifically suspected of having committed the offense pursuant to Section 283 of the Criminal Code by commenting on January 19th, 2022, 5:28 p.m a comment on published articles with inflammatory content and there is therefore an initial suspicion of a criminal act,” the report, translated, said.

Spencer documented how eXXpress repeated the comment “so that each reader can decide for themselves whether this criticism of developments in Austria and a Muslim parallel society is actually inflammatory.”

The editorial team pointed out even if people disagree with Mr. “Herzig,” he was just providing his “personal opinion.”

“This procedure of wanting to prevent media consumers from further free expression of opinion with the threat of up to two years in prison if they are convicted under Section 283 of the Criminal Code (incitement) is highly questionable,” the translated eXXpress report explained.

The federal agency said it was working on the investigation under the orders of the “Vienna public prosecutor.”

eXXpress explained, “Interior Minister Gerhard Karner (ÖVP) has now been informed about these events in his secret service and state security department: The persecution of readers with the threat of long prison sentences is no small thing.”

It is true that in nations where Muslim migrants assemble, they often create their own society, with its own rules and behaviors. In the United Kingdom, for example, there are a multitude of “no-go” zones where non-Muslims are not welcome, if not banned outright.

Muslims also take with them when they migrate their own Shariah laws and courts, and individual Muslims have acted on their beliefs up to and including honor killings when they so desire even in the United States.

They also often take advantage of the rights of citizens in free nations, for example, insisting they have the right to broadcast their “call to prayer” publicly and loudly throughout a community even if other religious organizations do not have that right.