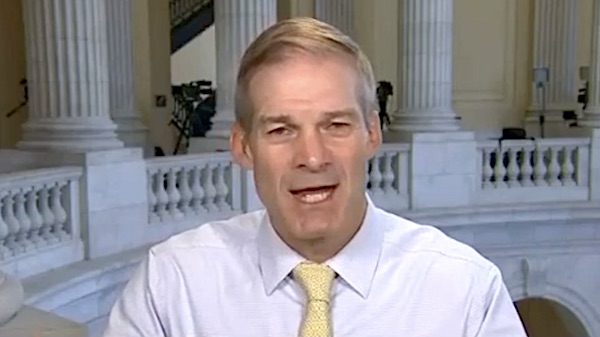 A key Republican working on investigations of corruption in the Department of Justice, the FBI, and the Joe Biden administration says 14 whistleblowers already have contacted members of Congress with details about what’s been happening.

“Fourteen FBI agents have come to our office as whistleblowers, and they are good people,” said U.S. Rep. Jim Jordan of Ohio. “There are lots of good people in the FBI. It’s the top that is the problem. Some of these good agents are coming to us, telling us what is baloney, what’s going on — the political nature now of the Justice Department — God bless them for doing it — talking about the school-board issue, about a whole host of issues.”

The issue has been the weaponization of the federal government’s law enforcement, likely beginning under Barack Obama when the Internal Revenue Service openly targeted conservative and Christian organizations.

At the end of Obama’s term, Democrats, the DOJ and the FBI worked together to fabricate the “Russiagate” claims against then-candidate Donald Trump.

The facts now reveal that it was Hillary Clinton who wanted to tie Trump to Russia as a distraction for her own email scandal, where she put government secrets on an unsecure server.

But cooperating with her were her fans inside the FBI, where some members boasted of having an insurance policy against a Trump victory, and the DOJ, where her devotees approved using manufactured facts to obtain court permission to spy on Trump’s campaign.

Now the Washington Examiner is documenting the whistleblowing that is developing in the FBI.

The report explained the congressman, who is the ranking member of the House Judiciary Committee, told Fox News host Trey Gowdy the number has risen to 14 after the FBI raid at Trump’s Mar-a-Lago resort.

During a conversation about the politicization and weaponization of the DOJ, Jordan “made the case that the public has ‘figured it out’ when it comes to what he characterized as the Left generating a lie, the ‘Big Media’ reporting the lie, Big Tech amplifying the lie, and then both piling on Republicans when they catch on and say something,” the report said.

He had pointed out only recently that several FBI whistleblowers had brought forward information about the DOJ’s scheme to investigate parents who object to local school boards’ aggressive anti-parent and leftist agendas.

On the Senate side, Sen. Chuck Grassley, R-Iowa, also has confirmed his team had gotten details for whistleblowers, including disclosures related to the federal investigation into Hunter Biden, whose schemes to make money from selling access to his father, as vice president and now has president, have alarmed many.

“It is becoming a well-worn trail of agents who say, ‘This has got to stop.’ And thank goodness for them,” Jordan said on Sunday.

Analysts expect the GOP to be the majority in the U.S. House after November’s elections, which will allow the party to carry out hearings, reviews and investigations of allegations of wrongdoing.