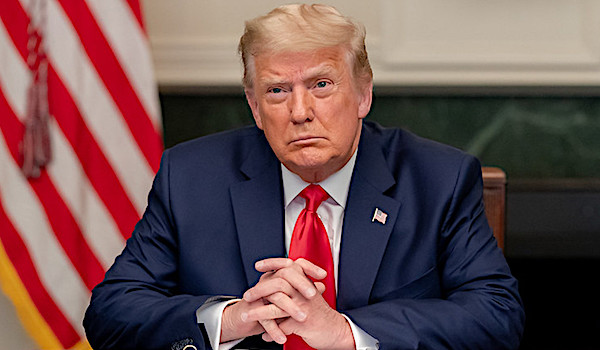 Several of the Republican senators who voted to convict former President Trump have been censured by party entities their home states. In Wyoming, Rep. Liz Cheney also has a primary opponent for the next election.

But for U.S. Rep. Adam Kinzinger, R-Ill., it’s much worse: He got a letter from 11 members of his own extended family condemning his vote.

“It is now most embarrassing to us that we are related to you,” they wrote. “You have embarrassed the Kinzinger family name!

“Oh my, what a disappointment you are to us and to God! We were once so proud of your accomplishments! Instead, you go against your Christian principals (sic) and join the ‘devil’s army’ (Democrats and fake news media). How do you call yourself a Christian when you join the ‘devil’s army’ believing in abortion! We thought you were ‘smart’ enough to see how the left is brainwashing so many ‘so called good people’ including yourself and many others … You have even fallen for their socialism ideals. So, so, sad!”

An image of the letter was posted on Twitter, but the names of Kinzinger’s relatives were blacked out, except for Karen Otto, a cousin, and her husband, Greg.

It begins: “Oh my, what a disappointment you are to us and to God!” https://t.co/EWD2YZO49X pic.twitter.com/RcgmRmYKjc

Kinzinger told the New York Times he received the note just days after he called for Trump to be removed from office because of the Capitol riot on Jan. 6.

The letter says Trump is not perfect, but “neither are you or any of us for that matter!”

“It’s not for us to judge or be judged! But [Trump] is a Christian! If God can forgive and use King David in the Bible, he can do the same with President Trump.”

The relatives add a challenge: “When was the last time you proclaimed your faith Adam? (Oh we forgot your (sic) now with the ‘devil’s army’). You won’t convince us otherwise with your horrible, rude accusations of President Trump!”

They said it’s the “ultimate sin” to “embrace” an agenda “that believes in abortion and socialism.”

They call for Kinzinger to be removed from office.

Karen Otto told the Times that the letter was sent to Kinzinger and members of the Republican Party in Illinois.

“I wanted Adam to be shunned,” Karen Otto told the newspaper.

Kinzinger dismissed the family members as having suffered “brainwashing” by conservative churches.

Kinzinger launched a political action committee recently that charged the GOP has “lost its way” and needs to be reclaimed from the likes of Trump.

He has opposed Trump since the 2016 election, when he served as a surrogate for rival candidate Jeb Bush.

The letter, in a postscript, notes that “many more family members feel the same as we do.”

“They just didn’t have the courage to sign our letter or write their own letter! Not us, we are throughly (sic) disgusted with you!! And, oh, by the way, we are calling for your removal from office!””