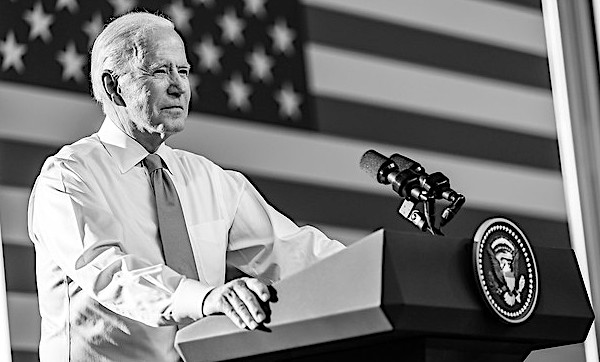 Is there a “prophetic sign” in the disastrous U.S. withdrawl from Afghanistan? Is there an ancient mystery, from 9/11 to the Taliban takeover, that presents a warning to America?

Those are questions messianic rabbi and author Jonathan Cahn asks in a new video message.

He points to a chapter in his bestselling book “The Harbinger” called “The Isaiah 9:10 Effect,” which shows how the events of 9/11 repeated a pattern seen in ancient Israel with astonishing precision. One of nine “harbingers,” he found, was that a nation’s attempt to undo judgment apart from returning to God will be reversed and bring calamity.

“So, for years I’ve watched to see if America’s victory against the terrorists in Afghanistan would be undone – if the Taliban would come back – and with them al-Qaida and the agents of terror,” Cahn says.

He begins his explanation of “the mystery” he found in the Afghanistan withdrawl by recounting his belief prior to the COVID-19 pandemic that 2020 would be a year of “great shaking.” He based that on the pattern he found in God’s judgment of Israel, in which the nation received a warning strike in 605 B.C. that was followed by “greater shakings” 19 years later.

Remarkably, the event that put in motion the “the undoing of America’s war” and “the return of the terrorist” began when then-Secretary of State Mike Pompeo arrived in Qatar to begin talks with the Taliban on Sept. 11, 2020, exactly 19 years after 9/11.

Then President Biden, he notes, “vowed to complete the retreat of America from Afghanistan” by Sept. 11, 2021, “the end of the time period that marked the 19 years.”

“When you see this happen, you are a witnessing a harbinger of coming judgment, a coming judgment that threatens to be much greater than the first,” Cahn says.

Cahn is known for his bestselling books that have found remarkable parallels between biblical stories and current events that he believes are a “divine warning” to the nation. He led a massive gathering on the National Mall last September calling for a “return” to God. Later, he urged Americans to pray and fast on Election Day, warning the nation was “standing at a crossroad and a precipice.”

In his new video, he points out that bordering Afghanistan is Pakistan, with more than 100 nuclear warheads, and Iran, a terrorist-supporting nation that is on the verge of gaining nuclear military capability.

“After the warning strike came on ancient Israel in the form of an enemy attack, a strike of terror, instead of turning back to God, the nation turned away from him and began warring against his ways, its fall from God and to judgment accelerated,” he says.

“After 9/11, the same exact thing has taken place in America. We are not just falling – we’re warring against God and His ways. We’re following the same exact footsteps of the ancient mystery. The mystery says shakings will come upon the land.”

He wrote in “The Harbinger” in 2011 that, that according to the biblical pattern, calamity would come to America through “division, through disorder, through economic disintegration, through military defeat, through manmade and natural calamities, through decline and fall.”

He says “the only hope America has is revival,” which begins with repentance, with returning to God.

Cahn concludes his video announcing he plans to post video messages more frequently via his YouTube channel, as “we are now living in critical, dangerous and prophetic times.”

In May, Cahn released a video message in which he showed the remarkable “prophetic template” behind the Jan. 6 riot at the Capitol, relating it to the Temple of Baal in the Bible.

“The propitious smiles of heaven cannot be expected on a nation that disregards the eternal rules of order and right that heaven itself has ordained,” Washington told the nation.

Cahn said in his January video that there’s a message for the current president and the nation he leads.

“If America follows the ways of God, the blessings of God will remain,” Cahn said. “If it doesn’t, they will be removed.”