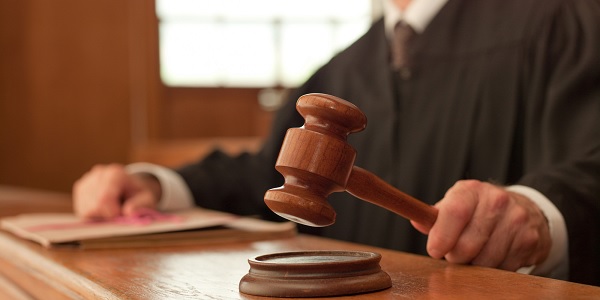 A judge who is scheduled to be on a panel deciding an employment discrimination case appeal is being accused of bias because the case involves punishment for speech opposing the very same LGBT agenda the judge openly supports.

The case involves Kristie Higgs, who is being supported by the Christian Legal Centre. She was dismissed from her job at a school for sharing two social media posts raising concerns about how transgenderism and sex education were being taught in her son’s Church of England primary classes.

Her case is to be heard by a three-member Employment Appeal Tribunal soon, but first, her lawyers will be challenging the impartiality of one of the judges, Edward Lord.

Christian Concern reported, “It has transpired that Lord has made a series of public statements relating to key issues in Kristie’s case, including the extent to which individuals should be restricted from making comments or statements regarding LGBT ideology, especially transgenderism.”

One of his statements confirms he blocks, on social media, anyone who disagrees with his promotion of trans ideology, when he wrote, “My Twitter blocking policy: I will block anyone who tweets (or likes/retweets) abuse to or about me, my friends, my colleagues, or marginalised communities. This includes those who claim to be feminists but exclude or deny trans people or are otherwise not intersectional.”

He also wrote, of those opposing LGBT indoctrination of children, “I just despair. It makes me cry. Of course teachers should accurately reflect that some children might be trans. I wish mine had.”

Lord also suggested a lawyer who was critical of transgenderism be excluded from public debate.

He’s been cited as an LGBT “role model” and has been a trustee for an LGBT youth charity.

The report explained Higgs will submit that his public statements “could give rise to a perception of bias.”

Richard O’Dair, representing Higgs, is charging that Lord is not simply a person with views, but is a “highly committed transgender activist, who, in very public forums, from a position of considerable influence and power, has taken sides on one of the most aggressively contested issues of our day, opposing everything Mrs Higgs stands for.”

Andrea Williams, chief executive of the Christian Legal Centre, said: “It’s not hard to see the conflict of interest in this case – a member of the tribunal going out of their way to publicly announce they block people on Twitter for expressing concerns on trans issues; the views Kristie was dismissed for.”

She shared her concerns online.

Within days, the head of the school where she worked, Matthew Evans, got a complaint about her opinions, and ordered into a meeting at Farmor’s School in Fairford, Gloucestershire, where she’d been a pastoral assistant for seven years.

The school’s investigation then required her to attend a six-hour meeting during which “she was subjected to intimidating questioning by the panel of three governors, supported by three other members of staff.”

She was falsely accused of being “pro-Nazi.”

Further, she was told to “keep your religion out of it.”

And she was summarily dismissed.

While the original tribunal hearing concluded her beliefs were protected, the judge said because of her speech someone might think she was “hostile” to the LGBT agenda.