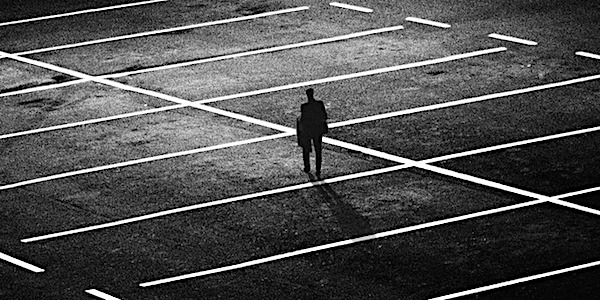 A Texas judge has allowed a mechanic to open his shop for business while a fight over the government’s demand he build another 23 unneeded parking spaces continues.

The Institute for Justice explains that Azael Sepulveda, the owner of Oz Mechanics in Pasadena, Texas, will be allowed to run his business during the fight.

At issue is a demand from the city under its mandatory parking minimum law, which specifies Sepulveda’s one-man operation needs to provide more than two dozen parking spaces which “he does not need and cannot afford to build.” He has five, but would need to add 23.

The ruling from the Harris County judge was for a temporary injunction that came in a lawsuit filed by the Institute on behalf of the shop owner.

“For months, I’ve been paying a loan on my shop without being able to work there. I was worried my business wouldn’t be able to survive,” he told the Institute. “I’m so happy to finally be able to open my shop and continue earning a living for myself and my family.”

Lawyer Diana Simpson, of the Institute, said, “This is the first step toward ensuring that Azael, and all Texans, can start a business without jumping through unnecessary hoops. Pasadena’s parking minimum law serves no purpose, hurts small businesses and violates the Texas Constitution, and we look forward to further proving that in court.”

Sepulveda knows a lot about cars, and has a popular YouTube channel where more than 22 million viewers have watched him explain how to perform car repairs.

The Institute reported he also has successfully run his own repair shop, Oz Mechanics, for nine years with stellar reviews.

But when he wanted to expand recently, by moving out of a leased property into his own, the city said his storefront operation would require 28 parking spaces.

He was ordered not to open.

“The reason? The city decided that he had to provide 28 parking spaces—a nearly sixfold increase from the five existing spaces at the storefront—just to open his business,” the Institute reported.

“Azael would never need this many spots for his shop, as he is a one-man operation that takes cars by appointment only. And installing the new spots would cost him at least $40,000—almost half the price of the property and more than he can possibly afford.”

A business that formerly used that property was, in fact, an auto machine shop that was allowed to operate with the five spaces the property already has.

The Institute explained, “Pasadena’s requirements are unconstitutional. The Texas Constitution prohibits governments from enforcing unreasonable or overly oppressive laws that burden a person’s economic or property rights. Yet Pasadena’s parking minimums for auto repair shops have no reasonable justification and are so oppressive that they prevent entrepreneurs like Azael from opening businesses on their own property.”