Judge scolds DOJ for lying about VP's whereabouts on Jan. 6 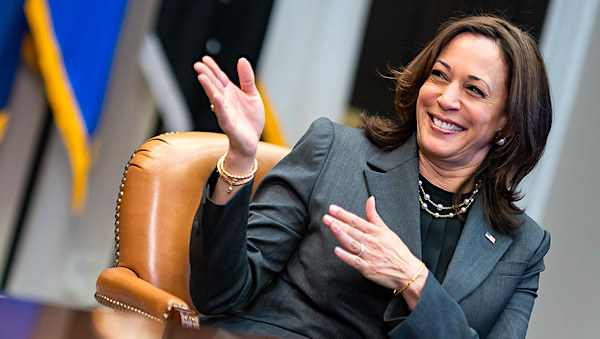 In a case against a Jan. 6 defendant, a federal judge in Washington, D.C., on Thursday rebuked Justice Department prosecutors for misleading a grand jury and the court about the whereabouts of then Vice President-elect Kamala Harris during the rioting at the U.S. Capitol.

Last week, CNN reported that contrary to the Justice Department’s indictments, Harris was at the Democratic National Committee headquarters in Washington when the riot began. It was Harris’ security detail, in fact, that found one of the two pipe bombs that were widely reported on Jan. 6. But until last week, it wasn’t known that Harris was within yards of a pipe bomb before it was discovered. Raising further questions is the fact that the pipe bomb suspect, despite surveillance camera footage and physical evidence, has not been identified.

In his order Thursday, Judge Trevor McFadden, noted that the government filed an indictment against Nicholas Rodean more than one year ago that erroneously stated that Harris and then Vice President Mike Pence were at the Capitol during the riots.

An excerpt of the order was tweeted by investigative reporter Julie Kelly, who has reported extensively on the Capitol riot and the alleged plot to kidnap Michigan Gov. Gretchen Whitmer, finding parallels between the two in the use of FBI informants.

A subsequent indictment said only Pence was at the Capitol.

“Yet here, over a year after first charging Rodean … and nearly a year after misleading the grand jury about the whereabouts of the Vice President-elect, the Government still has not explained or remedied its mistake,” the judge wrote. “The Government compounds this error by repeatedly referring to the presence of the Vice-President-elect in the Capitol” in its motion.

Further, McFadden also denied the Justice Department’s attempt to shield Secret Service officers from testifying regarding Pence’s exact location during the breach of the Capitol.

Holy moly, this is major.

Judge McFadden, who’s gone along with every DOJ demand for over a year, blasts prosecutors for lying about Kamala Harris’ whereabouts on January 6.

Rodean is charged, among other things, with obstruction of an official proceeding, destruction of government property and engaging in physical violence in a restricted building or grounds.

On Wednesday night, prior to the judge’s ruling, Fox News host Tucker Carlson did a segment on the CNN report in which he asked why it was unknown until now that Harris was at DNC headquarters in close proximity to the pipe bomb.

“It’s kind of a big deal,” Carlson said. “Why haven’t we heard that before?”

The Fox News host noted that Harris, in a speech last month, said Jan. 6 was so traumatic that all Americans remember “where they were and what they were doing when our democracy came under assault.”

Yet, Carlson pointed out, Harris, who typically puts herself at the center of the stories she tells, never mentioned that she herself “came within mere feet of a racist, insurrectionist bomb.”

“What’s going on here?” Carlson asked. “We’re not sure. Something’s going on here. There is no question about that, because the story doesn’t make any sense.”

Further, Carlson asked what happened to the FBI’s investigation of the pipe bombs.

Media have reported the assumption the bombs were planted by a Trump supporter. But 13 months later, the FBI says it has no leads in the case.

“That’s very strange. The FBI has video footage of the person who planted the pipe bomb. Footage of that person sitting on a park bench outside the DNC. Talking on the phone. Reaching into a backpack and planting the device in the spot where Kamala Harris’ security people found it the next day,” he said.

Carlson pointed out that the first pipe bomb was discovered one minute before the initial breach of the Capitol.

The chief of Capitol Police at the time told the Washington Post he believed the bombs, which could not have been detonated on Jan. 6, were meant to be a diversion, rather than to cause harm.

Carlson then asked why the bombs would be placed at a building where Harris turned up the next day, noting it would have been highly unlikely that the pipe bomber knew the VP-elect would be there.

Yet, the bombs would not have been discovered, to create the diversion, if Harris had not been there with her security detail.

“It’s all pretty mysterious, actually,” Carlson asked. “And maybe weirdest of all” is that the FBI has only released only three minutes of the video

“Why not release the whole video to the public, if the FBI wants to find the person?”

Carlson then referenced the failed Whitmer plot, which was blamed on Trump supporters. But defense attorneys in the Whitmer case are piecing together evidence “that depicts an elaborate tale of FBI entrapment,” writes Julie Kelly for American Greatness.

What can be confirmed regarding Harris, Carlson concluded, is that she was “not chased into danger on January 6 by insurrectionists.”

“No, she was driven to danger by a government chauffeur,” he said. “And then, critically, Kamala Harris hid that fact for more than a year.

“Why is that? We have a right to know the answer to that question.”

Who planted the pipe bombs found on January 6? Thirteen months later, and the FBI still has no idea. pic.twitter.com/oql0BLRx12