Jury rules city is liable for damages by SWAT team 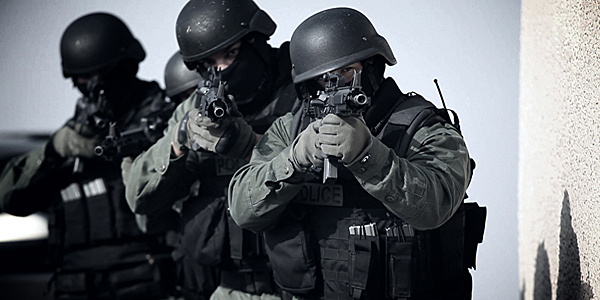 A jury has decided that a Texas city is liable for nearly $60,000 in damages its SWAT team did to a woman’s home while they were chasing a fugitive.

The Institute for Justice had fought the case on behalf of Vicki Baker after the SWAT commandos in McKinney, Texas, destroyed her home in July 2020.

They were chasing a criminal suspect at the time, and smashed fences, destroyed doors and windows, launched tear gas canisters into the home, and more.

Her insurance company refused to pay for the damages. So did the city.

So the IJ joined forces with Baker to sue, which resulted in the jury decision recently at the city must pay her damages of $59,656.59.

“My priority has always been to make sure that cities like McKinney cannot treat other people the way I’ve been treated,” Baker explained. “I expect today’s victory to send a message to governments across the country that they have to pay for what they break.”

“Pursuing a fugitive is a legitimate government interest, but if the government deliberately destroys innocent people’s property in the process, those people must be compensated,” added IJ Attorney Will Aronin.

The jury verdict followed the decision by U.S. District Court Judge Amos Mazzant III that the SWAT team’s destruction of the home was a “taking” under the U.S. Constitution that required the city to pay just compensation.

Mazzant rejected the city of McKinney’s argument that police action should be categorically exempt from the general requirement that government pay for property it destroys, holding that the argument “rests on an untenable analysis of police power and eminent domain.”

The IJ explained, because “the destruction to Baker’s home was intentional and foreseeable,” compensation was required, he ruled.

“The April 29 decision marks a sea change in the law,” said IJ Attorney Jeffrey Redfern. “Everyone agrees with the general proposition that the government has to pay for the property it takes, but courts across the country had held that this rule just did not apply to the police. But the police are part of the government, which this victory makes abundantly clear.”

For victims of police “takings,” however, the decision got even better.

The IJ said, “While Judge Mazzant’s ruling held that Vicki was entitled to compensation, the jury today also found that the city of McKinney’s refusal to pay Vicki violated her civil rights, which makes the city liable under federal civil-rights law as well.”

IJI spokesman Suranian Sen said, “Simply put, Vicki had a right to be compensated for her losses, and she had a right to get that compensation without having to sue first.”

“Respecting private property means government has to pay for the property it destroys,” concluded IJ President and General Counsel Scott Bullock, “and that’s true whether the government official destroying your home has a business card from the Roads Department or the Police Department.”