Kamala gets ANOTHER job! 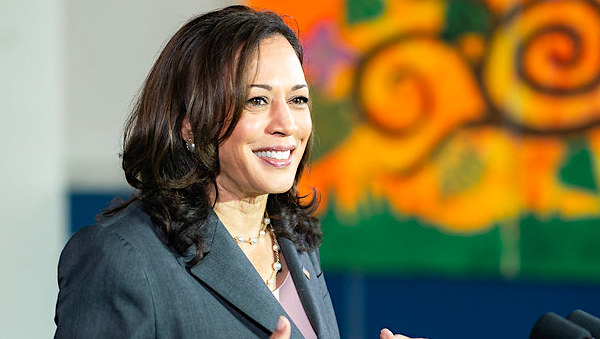 Already tasked with defending voting rights and addressing the root cause of illegal immigration President Biden has given Vice President Kamala Harris another job.

Harris on Thursday launched the White House Task Force to Address Online Harassment and Abuse with a roundtable.

The administration said the aim is “to address online harms, which disproportionately affect women, girls, people of color, and LGBTQI+ individuals.”‘

At the White House, Harris mass killers are being radicalized on the internet, where “hate” has become “normalized.”

“We continue to see how some acts of mass violence, the most recent included, have followed expressions of online hate and abuse,” she said.

Harris warned of the impact of overturning Roe v. Wade, noting she had spoken with “legal experts” who warn it will impede the right to privacy.

“Now, just think about this,” she said. “In states where abortion is criminalized, an abuser could purchase a woman’s location history through a data broker,” she said.

They “inflict devastating and long-lasting harm on victims, who are disproportionately women, children and young adults, and members of the LGBTQ+ community.”

“Preventing and addressing online criminal harassment and abuse requires a whole-of-government approach,” the AG said. “And that is why the Department of Justice is eager to take its place, take its role, to take part in the critical work of this Task Force.”

Today I am delivering remarks announcing the launch of the White House Task Force to Address Online Harassment and Abuse. Tune in. https://t.co/UEIqkzZSqb

A White House fact sheet says the “tragic events in Buffalo and Uvalde have underscored a fact known all too well by many Americans: the internet can fuel hate, misogyny, and abuse with spillover effects that threaten our communities and safety offline.”

“Recent mass shootings have also underscored the connections between online harassment, hate, misogyny, and extremist acts. For example, the Uvalde shooter had a history of threatening girls online, yet these violent, sexualized harms and threats were dismissed and ignored when reported,” the administration said.

The vice president weighed in on the abortion issue in a speech to the pro-abortion group Emily’s List shortly after the leak of the majority opinion in a Mississippi case that indicates the Supreme Court will overturn Roe v. Wade.