Klaus Schwab: Davos 2022 ready to save the world 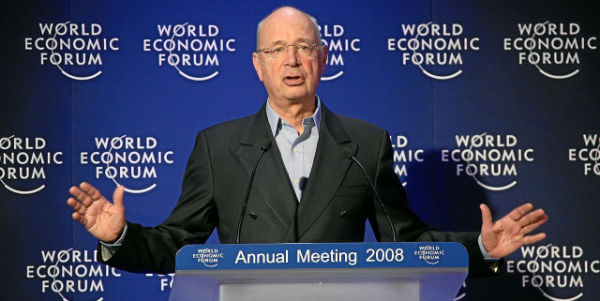 Amid a global pandemic, famine, wars, economic decline and political turmoil, the World Economic Forum will host its invitation-only Davos, Switzerland, conference in-person for the first time in two years.

For WEF founder Klaus Schwab, the timing for mankind is fortuitous, declaring to reporters that these issues, along with “the climate crisis,” “must be confronted in Davos.”

“In a world which is becoming more fragmented, more divided, and where many of the traditional multilateral organizations tend to become dysfunctional, or at least mistrustful, a global platform based on informal, trust-faced and action-oriented co-operation will be ever more relevant, more important than before,” he said.

Some 2,500 leaders will gather in the mountain resort for the conference, which begins Sunday, including 50 heads of state.

Schwab warned that at Davos there will be “no place for the frivolous fringe that seeks to distract and divert attention.”

“And I condemn it wholeheartedly, particularly of those who have nothing to do with the World Economic Forum, community, and just come to Davos to hijack our brand,” he said.

The Biden administration is a strong advocate of the World Economic Forum, adopting its term “Build Back Better,” which captures the idea of a “Great Reset” of capitalism and of the world order in the aftermath of the pandemic.

Kerry, who will attend the 2022 gathering, said at the time that the “notion of a reset is more important than ever before.”

“I personally believe … we’re at the dawn of an extremely exciting time,” he said.

Kerry, who has since been appointed Biden’s climate czar, said the rejoining of the Paris Climate Accord by Biden would help drive the “Great Reset.” But rejoining Paris is “not enough,” Kerry said.

“The Biden administration will focus on every sector of the American economy,” he said. “There will be a 2035 goal to achieve net neutrality with respect to power and production.

Kerry said the U.S. is “ready to come back in and help to lead and raise the ambition … to accelerate this incredible capacity for a transformation in the private sector.”

Last June, the White House published a statement announcing Biden was set to meet with G7 leaders “to discuss ways to forge a more fair, sustainable, and inclusive global economy that meets the unique challenges of our time.” Among the White House initiatives toward that end is pushing for a “global minimum tax” on multinational corporations of at least 15%.

‘Capitalism as we have known it is dead’
Fact-checkers once dismissed the “Great Reset conspiracy theory,” but  Schwab made it clear as early as June 2020 that the COVID-19 pandemic should be exploited as an opportunity to advance the globalist agenda promoted by his Davos conferences, which have pushed for numerous proposals, such as a worldwide carbon tax, to redistribute wealth and shift sovereignty from nation states to global entities.

Schwab wrote that “the world must act jointly and swiftly to revamp all aspects of our societies and economies, from education to social contracts and working conditions” and bring about a “‘Great Reset’ of capitalism.”

At the January 2021 virtual Davos meeting, a Fortune 500 CEO affirmed WEF’s assertion that “capitalism as we have known it is dead.”

Later that year, Pope Francis called for a “new world order” in a book titled “God and the World to Come.” He described the new order as a shift from financial speculation, fossil fuels and military build-up to a green economy based on inclusiveness.