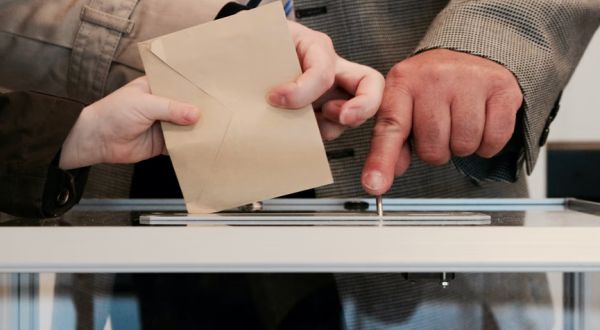 Members of Wisconsin’s Election Commission have turned to “absolute lawlessness” to defy the state’s statutes regarding absentee ballots, according to a new Just the News report.

The state was one of multiple swing states that during the 2020 election turned out for Joe Biden, narrowly giving him the Electoral College votes. One circumstance was that Facebook chief Mark Zuckerberg gave city election officials in Wisconsin and other states millions of dollars, and they essentially used that for a Democrat get-out-the-vote effort.

Another issue was that elections clerks made changes on absentee ballots, filling out information that might have been missing, a process known as “curing,” even though that, too, was against the law.

Now the WEC has flagrantly expressed its unwillingness to follow the law.

“The commissioners and staff of WEC have a lengthy history of ignoring state elections law by issuing rogue guidance to municipal clerks and election workers. However, their actions in the last 12 hours can only be described as absolute lawlessness,” explained state Sen. Steve Nass, R-Whitewater. “I have asked my leadership to immediately take legal action to obtain a court order to compel WEC’s compliance with state law regarding absentee ballot certification procedures.”

He said he told his staff to look at every option, following the WEC’s announcement it would not abide by the legislature’s decision to stop telling local election clerks they can fill in missing information on absentee ballots.

Republican lawmakers in the state confirm that the law is clear: clerks can only add information to absentee ballots after speaking with voters. If not, that ballot must be set aside.

Elections Commission spokesman Riley Vetterkind said state law demands a 4-2 vote from the commission before an illegal guidance can be reversed, and that’s unlikely.

Thumbing his nose at lawmakers, he said, “So our 2016 guidance regarding absentee certificate envelopes remains in place at this time.”

Nass said that’s a problem, a big one.

“State law makes abundantly clear that any absentee ballot certification that contains a missing address for the witness shall not be counted. The WEC emergency rule was an attempt to circumvent state law.”

Nass also told the state’s 1,850 local election managers not follow the law, not the WED.

WND reported only a few months ago that a Wisconsin sheriff had referred recommendations for criminal charges against five of the six commission members.

The referral has gone to Racine County District Attorney Patricia Hanson, and does not mean that charges ever will, in fact, be filed.

Instead, officials or workers in the homes helped. And sometimes might have even voted for residents, since a review by Racine County Sheriff Christopher Schmaling confirmed that relatives told his investigators some of the residents did not have the cognitive ability to vote, but did.

Further, one woman had died a month before the election, but still voted.

Online, the sheriff said that he was calling on Attorney General Josh Kaul “to conduct a statewide investigation into the illegal directives issued by the Wisconsin Election Commission.”

“In the directives, the Wisconsin Election Commission ordered the voting clerks in every municipality in the state to ‘not use the Special Voting Deputy ‘process” as required by Wis. Stat. § 6.875,” he wrote. “Based upon the failure of Attorney General Josh Kaul to initiate a statewide investigation, I have forwarded charging recommendations to the Racine County District Attorney’s Office for their review. The recommended charges are for Commissioners Margaret Bostelmann, Julie Glancey, Ann Jacobs, Dean Knudson, and Mark Thomsen.”

WND also reported that the scheming uncovered in Wisconsin blows up the idea that the election was without flaw.

That was the conclusion from John Solomon, who writes at Just the News that other factors include “Election mismanagement in Atlanta. Unlawful election instructions in Wisconsin. And 50,000 questionable ballots in Arizona, plus several criminal cases for illegal ballot harvesting and inmate voting.”

He explained, “Eleven months after Donald Trump was ousted from office, the narrative that the 2020 election was clean and secure has frayed like a well-worn shoelace. The challenges of the COVID pandemic, the aggressive new tactics of voting activists and the desire of Democrats to make the collection and delivery of ballots by third parties legal in states where harvesting is expressly forbidden has muddied the establishment portrait and awakened the nation to the painful reality its election system — particularly in big urban areas — is far from perfection.”

The Wisconsin state Supreme Court also has ruled that “election officials wrongly allowed tens of thousands of Wisconsin voters to skip voter ID requirements and file absentee ballots by declaring their concerns about COVID made them ‘indefinitely confined,’” Just the News reported.