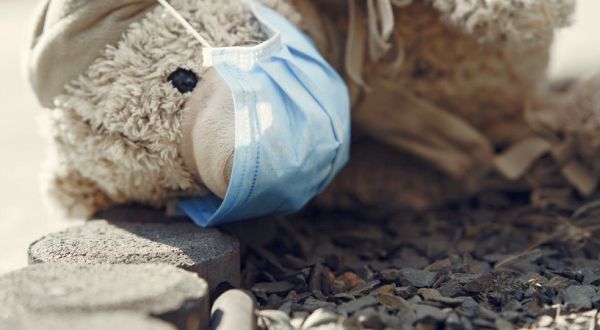 European countries and now Democratic governors are abandoning school mask mandates, but Centers for Disease Control and Prevention Director Rochelle Walensky told lawmakers in a private virtual briefing this week that her agency will continue to recommend that kids be masked up.

Along with White House coronavirus Dr. Anthony Fauci, Walensky briefed the House Energy and Commerce Committee, whose members were perplexed by the policy stance, according to Robby Soave of Reason magazine, who obtained a recording.

Rep. Cathy McMorris Rodgers, R–Wash., the committee’s ranking Republican member, pointed out that an Arizona study that the CDC regularly cites to justify its guidance was debunked by David Zweig in The Atlantic

Calling U.S. guidance an “outlier,” McMorris Rodgers noted that the World Health Organization and UNICEF have concluded that masking kids under age 5 does more harm than good, and for children ages 6 to 11, other factors, such as learning and social development, should be considered.

“My question today, my one question, is Dr. Walensky, will you commit to update your guidance by Friday to allow children in person without the burden of masks?” the lawmaker asked.

Walensky refused to make any commitment while acknowledging the “limitations” of the Arizona study and others relied on by the CDC.

“They all have limitations, and that’s important to recognize because we are not randomizing schools,” she said. “We have to control for whether there are windows, ventilation and other activities happening outside of these schools. So all of these studies have limitations. But they are for the most part uniformly pointing to that when there’s a lot of disease out there, the masks are preventing that disease and preventing that transmission and because of that we are able to keep our schools open.”

“It’s understandable why people want to take masks off the kids. But, right now, given the level of activity that we have, it is risky,” he said.

Despite science, Dr. Fauci claims “it is risky” to stop forcing kids to wear facemasks

“It’s understandable why people want to take masks off the kids. But, right now, given the level of activity that we have, it is risky.” pic.twitter.com/K3mLDna2UA

“It really is offensive. It should be offensive to anybody who believes in science, including our nation’s physicians. This is using science as political propaganda,” he said. “The absolute worst studies that were done during the pandemic came out of the CDC.”

In the briefing Tuesday, after she was pressed further by other Congress members, Walensky said local jurisdictions are free to disregard the CDC’s guidance, according to the recording obtained by Soave.

“I will also say that guidance is just guidance, and all of these decisions, we’ve continued to say, have to be made at the local level,” she said. “As cases come down dramatically, we have deferred our guidance to the local jurisdictions.”

But Rep. Palmer, R-Alaska, argued that many cautious local jurisdictions are waiting for the CDC’s permission to relax their policies.

Even Democratic Rep. Anna Eshoo of California was baffled by Walensky’s guidance.

“You hear the word confusion over and over again,” said Eshoo. “But here’s another one for you: masking. You know where I live in the Bay Area, the peninsula in the heart of Silicon Valley? Schools, cities, towns, counties: you’re saying one thing, and they’re doing something else. And this is a highly educated area, too. I trust our public health officials here. So my first question and my second point to you, Dr. Walensky, why do we have to be on two different tracks? Isn’t there some kind of public health consensus about this?”

Walensky replied by citing the national figures of 170,000 cases and 2,200 deaths per day,

Eshoo cut her off.

“When you use the national figures, that’s not a snapshot of where we are, so can you take that into consideration as you’re giving me an answer?” said Eshoo.

But Eshoo doubted that local jurisdictions are checking the CDC website to decide which guidance they should follow and which they should ignore.