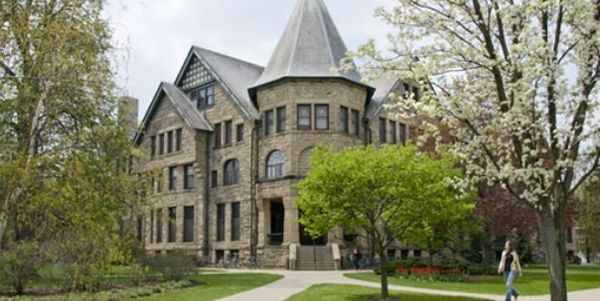 Leftists who attack innocent bystanders with false claims of racism – and worse – have been put on notice by an appeals court in Ohio that ruled Oberlin College has to pay a record $31 million to a bakery it defamed – as racist.

The Washington Examiner documented the ruling from the three-judge panel on the Court of Appeals for the 9th Circuit in Ohio.

It was Gibson’s Bakery, a 135-year-old family business near the Oberlin campus, itself a longtime bastion of liberalism in the state, that sued after the college orchestrated a false campaign of claims of racism.

The legal team representing the family-owned business revealed the liberal agenda, “At trial, it was absolutely clear to the jury (as reflected by the verdict) that there was not a shred of truth in the vicious statements about the Gibsons and that the college caused the devastating harm.”

The college’s attacks on the business came after a 2016 incident when the son of the bakery owner confronted three black Oberlin students who were stealing wine from the store.

The suspects were arrested and then admitted they were shoplifting, but the school responded with sanctions against the bakery, false claims of racism, and worse, and eventually crippled the store’s business.

The jury initially awarded the bakery more than $40 million in punitive and compensatory damages. That total was reduced later to $25 million, but there now has been added some $6 million in legal fees.

The report explained that even though the students were caught breaking the law in the bakery the college “and key officials, including its vice president and dean of students,” charged the bakery was profiling students radically, and they falsely claimed owner David Gibson and other employees assaulted the students and “had a history of racism.”

Oberlin long has been acknowledged for pursuing a leftist agenda in politics, and its graduates include Chicago Seven member Jerry Rubin and a list of journalists.

Another graduate, commentator Michelle Malkin, said her alma mater “had it coming.”

In a column on WND in 2019, she wrote the “four words” she had for the “far-left Oberlin College.”

“You had it coming.”

And, she wrote, “I have five more words for Oberlin as arrogant college officials continue their obstinate war on the Gibson family even after the much-deserved courtroom defeat: You still don’t get it.”

Calling those offenders at the college “calumnious crapweasels,” she pointed out, “The jury’s message to administrators who incited hatred against Gibson’s is loud and clear: Stop the racial smears.”

“Because white townies are presumed guilty until proven innocent, minority students and their mentors leaped to protest alleged institutional racism by a bakery that has nobly and peacefully served and employed people of all races and backgrounds since 1885. Social justice agitators attempted to turn three black student shoplifters into Rodney King-style martyrs and the white Gibsons into the Simi Valley police of Lorain County in late 2016. In August 2017, after the SJW noise died down, the trio of grabby-handed students pleaded guilty to misdemeanor charges ranging from attempted theft and aggravated trespassing to underage purchase of alcohol. They acknowledged in statements that Gibson was within his right to detain shoplifters and all stated in court that Gibson’s actions were not racially motivated.”

Despite the truth, the Oberlin dean of students “attacked publicly in knee-jerk protests” the bakery owners.

“Oberlin Dean of Students Meredith Raimondo put herself in the middle of the maelstrom, complete with bullhorn and flyers declaring Gibson’s to be a ‘RACIST establishment with a LONG ACCOUNT of RACIAL PROFILING and DISCRIMINATION.’ Oberlin VP of communications Ben Jones lambasted the bakers: ‘F–- em … they’ve made their own bed now.’ And special assistant to the president Tito Reed condemned the Gibsons’ ‘combined audacity and arrogance to assume the position of victim’ as the college sought to pressure the family into exempting all student shoplifters from criminal prosecution in exchange for restoring canceled cafeteria contracts,” she explained.

In fact, she charged that it was the school, not the bakery, with a “history.”

Malkin continued, “Oberlin alum Beth Kontrabecki Walters summed it well for me in her reflections on campus life and the Gibson’s verdict: ‘What was once considered a forward-thinking and prestigious institution has now become the poster child for intolerant, myopic crybabies.’”