Man faces murder count after being freed by Kamala-supported fund 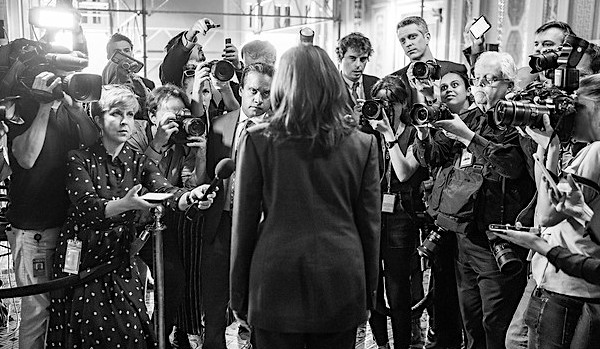 A man who was freed from jail with the help of a fund that was endorsed and promoted by Kamala Harris is now facing charges of murder.

Harris, then a candidate for vice president, promoted the Minnesota Freedom Fund, which admitted recently helping put suspect George Howard back on the streets, during the riots after George Floyd’s death in Minnesota.

Those riots were triggered by the death of Floyd, a black, under the knee of a white police officer, and ended up doing billions of dollars in damages in cities across America.

At the time, Harris lobbied for donations for the fund, stating on social media, “If you’re able to, chip in now to the @MNFreedomFund to hep post bail for those protesting on the ground in Minnesota.”

The fund has admitted helping get Howard, 48, out of jail where he was being held on $11,500 bond for a domestic assault case that developed on Aug. 6.

Howard, however, later became involved in a road-rage altercation, according to a report from Fox News, which quoted Minneapolis police in explaining he allegedly shot another driver on an Interstate 94 entrance ramp.

“Surveillance video recorded the moments when the driver of a blue BMW confronted Howard, who was driving a white Volvo, according to St. Paul’s KSTP-TV. The victim can be seen punching Howard, then collapsing. The victim, later identified as Luis Damian Martinez Ortiz, 38, got back into his car, then drove into the median. He was pronounced dead at the hospital with a gunshot wound to the chest, according to city officials,” the report said.

Howard later was charged with two counts of second-degree murder for the shooting.

The Minnesota Freedom Fund, which Harris had promoted, admitted on social media its role in getting the suspect out of jail, but later concealed its statements.

It followed up with the claim: “Under new leadership, MFF has implemented changes to its policies and procedures, and we will continue to assess them to ensure that we are being responsive to the safety and needs of our community.”

The fund previously had been criticized for spending cash to “free an alleged knife murderer and a convicted rapist who was facing charges of sexual assault and kidnapping,” the Fox News report said.

Fox News had reported only a month ago that the organization “saw a $35 million fundraising windfall” about the time of Harris’ promotion and helped Darnika Floyd, accused of second-degree murder for allegedly stabbing a friend to death, and Christopher Boswell, facing charges of sexual assault and kidnapping.

The report also confirmed that “a number of Joe Biden campaign staffers” donated to its spending spree.

On his campaign website at the time, Biden complained that the bail system “incarcerates people who are presumed innocent. And, it disproportionately harms low-income individuals.”

He promised to end the system.