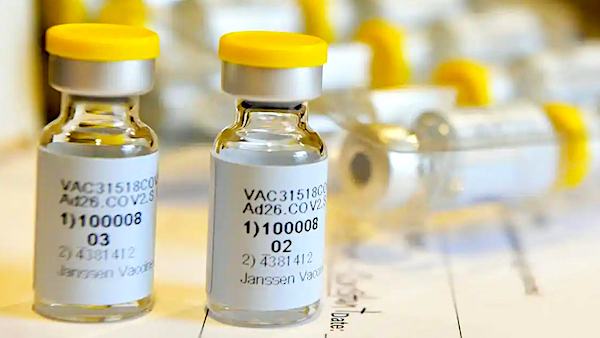 The producers of the two leading COVID-19 vaccines are experiencing a “big demand problem.”

At the World Economic Forum meeting in Davos, Switzerland, on Thursday, Moderna CEO Stephane Bancel said his company is “in the process of throwing 30 million doses in the garbage because nobody wants them.”

“We have a big demand problem,” he said, the Washington Examiner reported.

Bancel said Moderna has contacted leaders in several countries to see if they want the vaccines, but there is no interest.

“And so, the challenge we have right now is very different to the one we had two years ago,” he said.

“Referencing the United States in particular, he said the issue in many countries is that people don’t want vaccines.”

Meanwhile, in Davos, Pfizer CEO Albert Bourla said are “billions” of unused doses of his COVID vaccine that the United States and the European Union have purchased from his company and offered at no cost to developing countries.

But they are going unused, “because we have discovered it’s one thing to have supply and another to have educated populations that believe the vaccines are doing well.”

Pfizer CEO Albert Bourla explains to the WEF there’s a surplus of 7,000,000,000 doses of his COVID vaccine sitting in warehouses because there aren’t enough “educated populations that believe the vaccines are doing well..”

In a WEF presentation at Davos on Wednesday, founder Klaus Schwab lamented to Bourla that they “were both targets of the anti-vaccine movements and conspiracy people.”

Bourla complained that there is a “very fanatic group of anti-vaxxers that will go after us no matter what.”

“They will claim that the sun didn’t go up because people were vaccinated,” he said, suggesting the criticisms are completely detached from science.

But “everything went OK,” the Pfizer CEO told Schwab, “and now, I think, we can move on.”

Bourla made a similar charge in November, declaring people spreading “misinformation” about the vaccines were “criminals” who have cost “millions of lives.”

However, he acknowledged in January that two doses of his vaccine “offer very limited protection, if any” against the dominant omicron variant. And he said the mRNA vaccines “don’t have the safety profile that we hoped we can achieve with this technology.”

NEW – Klaus Schwab to Pfizer’s CEO Bourla: “We were both targets of the anti-vaccine movements and conspiracy people.”pic.twitter.com/FT6xGVSCgD

Pfizer CEO Albert Bourla explains to the WEF there’s a surplus of 7,000,000,000 doses of his COVID vaccine sitting in warehouses because there aren’t enough “educated populations that believe the vaccines are doing well..”