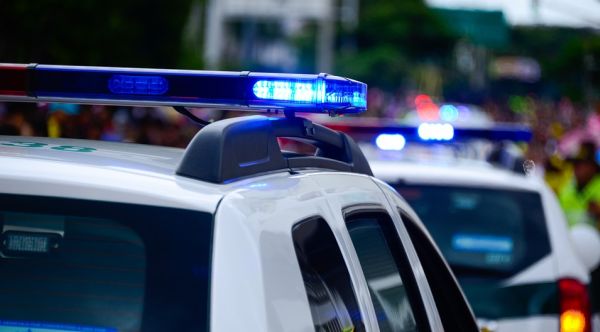 A fight over whether a police officer is allowed to threatened an innocent bystander at a scene that turns out not to include any crime with being tased is moving up to the 8th U.S. Circuit Court of Appeals.

It is the Institute for Justice that is working on the case involving Casondra Pollreis, whose initial claim was rejected by a district court.

That decision cited qualified immunity for the police officer.

The institute said she has appealed to the 8th Circuit, challenging the lower court’s decision to give the police officer a pass on his behavior.

That pass already has been extended to Pollreis’ two sons, who also were involved.

The district court in their case denied the officer had immunity, but the appeals court reinstated it.

The legal team posted online the explanation of what developed in the Arkansas case:

“On a cold winter night four years ago, Casondra ‘Cassi’ Pollreis was an innocent bystander to a terrifying situation. Her two boys, Hayden and Weston—then 12 and 14 years-old—were walking home from their grandparents’ house when a police car stopped in front of them and an officer emerged with his gun drawn. Within moments, the officer started shouting ‘get on the ground’ and proceeded to handcuff the boys and hold them at gunpoint.

“Cassi rushed outside, and, as any mother would, attempted to defuse the situation. With her boys lying face down on the ground and the officer’s gun drawn on their backs, Cassi attempted to reason with the officer. ‘They are my boys … Are you serious? They are 12 and 14 years-old,” she said.

The officer’s response? “And I’m looking for two kids about this age right now.”

But the legal team explained he was wrong, “He was looking for three grown men and a woman who’d fled from police earlier in the evening. The boys and Cassi were completely innocent, but that didn’t stop him.”

He ordered Pollreis back into her house, threatening her with his taser.

The officer’s supervisor arrived shortly, realized the officer had made a mistake and let the boys go, the IJ reported.

“Cassi is a quintessential innocent bystander,” said Anya Bidwell, an attorney at the Institute for Justice. “She was, if anything, dramatically calmer than most mothers would have been, and yet the police officer refused to listen to her, and instead threatened her with a taser. Police do not get to randomly point weapons at Americans for no reason. We’re hopeful the 8th Circuit will see this case for what it is—an out-of-control officer who used his authority to terrify an innocent family.”

Added IJ lawyer Keith Neely, “Qualified immunity was invented by the Supreme Court in an effort to shield police officers and other government officials from being held accountable. The controversial doctrine, which was invented out of whole cloth by the Supreme Court, has become the first line of defense for cops and others who wantonly violate people’s constitutional rights.”

The case is part of the Institute for Justice’s Project on Immunity and Accountability. The project seeks to fight on behalf of those individuals who are denied their rights in court and hold government officials accountable for their unconstitutional actions.

The Supreme Court just recently declined to take up the boys’ case.

The IJ noted, “For six terrifying minutes the boys lay face down on a sidewalk while the officer paced around them with his gun pointed at their backs. Eventually the officer’s sergeant arrived, assessed the scene, immediately realized a mistake had been made and let the boys go. The officer got back in his car, closed the door, and said to himself, ‘Duuummb.’ He knew that what he did was wrong.”

The district judge found “handcuffing two boys laying facedown on the ground, at gunpoint,” was “more intrusive than necessary,” but then the appeals court claimed the boys never were really “arrested.”