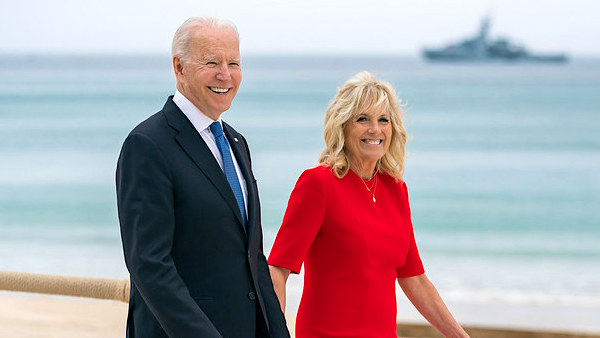 Months ago, President Biden was criticized in a column at the Federalist for using the term “fair share” of taxes five times in one speech, yet using a trick to avoid paying some $500,000 in payroll taxes.

Now the Congressional Research Service report suggests that criticism of the president was accurate.

Fox News reports that the CRS has addressed in a report the issue of individuals using S corporation structures to avoid taxes, as Joe Biden did.

The president isn’t named in the report, but his circumstances are.

“Joe Biden wants to raise taxes by $2.1 trillion while claiming the rich need to pay their ‘fair share.’ But in 2017, multi-millionaire Joe Biden skirted his payroll taxes — the very taxes that fund Medicare and Obamacare,” Rep. Jim Banks, chair of the the conservative Republican Study Committee, told Fox.

He charged that Biden improperly used “S corporations” while he and Jill Biden raked in over $13 million on speaking fees and book sales in 2017 and 2018.

The maneuver allowed them to count less than $800,000 of that as “salary” that could be taxed for Medicare.

Biden is insisting on approval of a $3.5 trillion plan to spend money on child care, health care and environmental programs, and he wants to raise a part of that money by forcing high income people to pay their “fair share.”

Fox reported, “A draft of the bill includes a provision that would close loopholes similar to the one Biden used, though the report indicates that Biden would still owe taxes under the current rules, as well.”

The Bidens released their tax returns during the president campaign, documenting that they avoided $500,000 that would have been due under the 3.8% self-employment tax had they not used S corporations.

At the time, the campaign said in a statement the Bidens were committed “to ensuring that all Americans pay their fair share.”

It was columnist Christopher Jacobs at the Federalist who earlier pointed out the Biden’s questionable maneuver.

“With his own taxes, Joe Biden didn’t pay his ‘fair share,’” he wrote at the time. “Upon leaving the vice presidency in early 2017, he and his wife Jill exploited a tax loophole of questionable legality to dodge hundreds of thousands of dollars in taxes – and used the savings to fund lavish real estate holdings.”

The column cited how Biden, in a speech to Congress, used “fair share” no fewer than five times.

But he “avoided more than $500,000 in taxes to fund his luxury lifestyle” while demanding that others “pay their fair share,” the column said.

The column reported from 2017 through 2019 the Bidens “classified a total of $13.5 million in book and speech income as profits from their two corporations, rather than as cash wages.”

That means they avoided “paying $513,540 in payroll taxes on their $13.5 million in declared corporate profits.”

He noted at the same time that the Bidens were “dodging” taxes, they spent more than $2.7 million for a beach house.

“At the time, Biden told a local paper the move fulfilled a lifelong dream to own a beach house.”

And, too, Biden then was renting a separate residence that was estimated to cost about $20,000 per month. That “house” got Biden nearly 12,000 square of space, a grand piano in the living room, a sauna and home gym, and parking for 20-plus cars.

“Given his behavior, President Biden’s speech … sounded a bit rich – not in terms of wealth, but his own hypocrisy,” the column scolded.

It isn’t the first time Biden’s tax avoidance has been an issue.

At that time, Banks wrote to Biden asking him if he would make good on those taxes.

“Do you intend to undo your hypocrisy and pay these taxes back to the American people?” Banks asked.

“We write to highlight for the American people the hypocrisy you have exhibited in using a tax shelter strategy derided by the Left to avoid paying Obamacare taxes,” Banks said then. “Over the past several years, you and the First Lady, through a legally dubious tax strategy, appear to have avoided payment of over $500,000 in payroll taxes. As you may know, these payroll taxes fund Medicare for our nation’s seniors, and were increased by President Obama’s Affordable Care Act.”

Banks said media reports “indicate that you both directed revenue from book royalties and speaking appearance fees into these two corporations, avoiding self-employment payroll tax liabilities that would have flowed to America’s Medicare program that provides care to over 60 million seniors.”

The letter cited a tax expert saying there’s “no reason for these [earnings] to be in an S-corp – none, other than to save on self-employment tax.”

“Accordingly, we ask one simple question: Do you intend to undo your hypocrisy and pay these funds back to the American people?”

Biden’s two S-corporations, CelticCapri Corp. and Giacoppa Corp., reported profits of more than $13 million for 2017 and 2018, according to reports.

But during his Democratic National Convention acceptance speech last August, Biden called for “ending loopholes” for the wealthy.