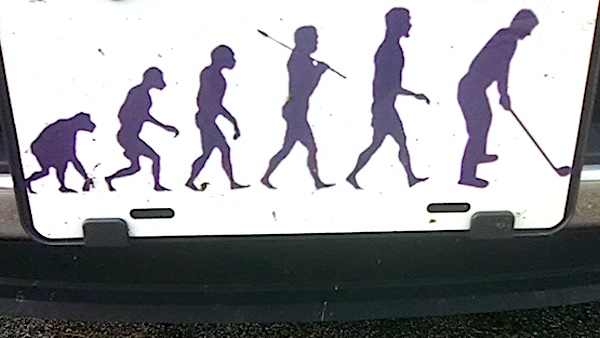 When Greg Abbott announced Texas would lift its mask mandate and other coronavirus restrictions, President Joe Biden chastised the Republican governor for his “Neanderthal thinking.”

But just two months later, Abbott has been vindicated, announcing the state had no COVID-related deaths over the previous 24 hours.

In March, however, Biden declared Abbott’s decision to reopen the state a “huge mistake.”

“The last thing we need is Neanderthal thinking that in the meantime everything’s fine, take off your mask, forget it. It still matters,” the president said.

When Abbott made the move, daily coronavirus cases in the state had dropped from 30,000 in January to below 10,000. The latest seven-day positivity rate was the lowest it been since March 2020, Newsweek reported.

And COVID hospitalizations were at an 11-month low, Abbott said.

In a significant move last Thursday, the Centers for Disease Control announced new guidelines advising that people who have been vaccinated don’t need to wear a mask. Since then, 13 states has lifted mask mandates for vaccinated people. New York and California have kept their restrictions.

In March, Abbott announced his state would open “100%,” arguing cases and hospitalizations had dropped precipitously, vaccines were being distributed and “too many Texans have been sidelined from employment opportunities” and “too many small business owners have struggled to pay their bills.”

“I am ending the statewide mask mandate. Texans have mastered the habits to keep from getting COVID,” Abbott said.

After his “Neanderthal” comment, Biden was asked by a reporter when the nation will return to “normal.”

The president said his “hope is by this time next year we’ll be back to normal.”

“But again it depends on people to continue, to continue to be smart and understand that we still can have significant losses,” he said.

But that dire assessment was too optimistic for White House coronavirus adviser Dr. Anthony Fauci.

“I don’t think we’re going to be completely normal a year from now,” Fauci said during an event organized by the University of Edinburgh. “But I hope we’re well on the way to normality so that we can ultimately get the world protected at the same time as we get economic recovery so that all the unintended consequences of shutting down begin to normalize, including other health issues that have arisen because of the shutdown.”

WND reported in February the 11 U.S. states that did not impose comprehensive lockdowns over the fall and winter in response to the coronavirus fared better than states that did, according to an analysis of public data.

The U.K.-based website Lockdown Sceptics noted that the models one year ago predicting that nations, regions and states that didn’t impose lockdowns would face overrun hospitals and massive death tolls compared to those that did lock down turned out to be wrong.

A peer-reviewed study published in the European Journal of Clinical Investigation in January comparing cases in 10 countries, including the U.S., found there was “no clear, significant beneficial effect of [more restrictive measures] on case growth in any country.”

“We do not question the role of all public health interventions, or of coordinated communications about the epidemic, but we fail to find an additional benefit of stay-at-home orders and business closures,” the researchers said.

In November, as WND reported, the first large, randomized controlled trial of its kind showed no statistically significant difference in COVID-19 cases between people who wore masks and those who did not.

Former White House coronavirus adviser Dr. Scott Atlas explains in a recent interview why widespread use of masks is ineffective:

In October, an analysis of a dozen graphs charting the number of COVID-19 cases in countries and U.S. states confirmed the conclusions of recent studies that mask mandates had no effect on the spread of the disease.

At the time, Sweden’s chief epidemiologist, Anders Tegnell, relied heavily on the public adopting a strategy of herd immunity to allow them to build up antibodies. Although admitting that the use of masks could be considered when visiting busy and confined places, he has been against mass mask mandates.

“The evidence is weak,” he told Science magazine. “Countries that have masks are not doing the best right now. It is very dangerous to try to believe that masks are a silver bullet.”

Swedish authorities actively discouraged people from wearing face masks which, they said, would spread panic, are often worn the wrong way and can provide a false sense of safety.

That was Anthony Fauci’s argument in a “60 Minutes” interview in March 2020 when he said that, in general, “people should not be walking around with masks.”

“Right now in the United States, people should not be walking around with masks.

“You’re sure of it? Because people are listening really closely to this,” he was asked.

“There’s no reason to be walking around with a mask. When you’re in the middle of an outbreak, wearing a mask might make people feel a little bit better and it might even block a droplet, but it’s not providing the perfect protection that people think that it is. And, often, there are unintended consequences – people keep fiddling with the mask and they keep touching their face.”

A study by the Centers for Disease Control in October indicated that Americans were adhering to mask mandates, but they didn’t appear to have slowed or stopped the spread of the coronavirus. And further, it found, mask-wearing has negative effects.

A change in ‘the consensus’

The Association of American Physicians and Surgeons has compiled a page of “Mask Facts” that explains the basic science behind mask-wearing and summarizes a variety of studies.

It shows that the consensus prior to the coronavirus pandemic was that the effectiveness of mask-wearing by the general public in slowing the spread of a virus is unproven, and there’s evidence it does more harm than good.

On April 6, 2020, the World Health Organization said the “wide use of masks by healthy people in the community setting is not supported by current evidence and carries uncertainties and critical risks.” Just two months, later, however, as the pandemic surged, the WHO changed its stance without providing any evidence with randomized controlled trials.

On March 5, the Centers for Disease Control said masks “are usually not recommended in “non-health care settings.”

But on Aug. 7, the CDC said it “recommends that people wear masks in public settings and when around people who don’t live in your household, especially when other social distancing measures are difficult to maintain.”

In January 2021, WND reported a Canadian infectious-disease specialist who initially supported the lockdowns changed his mind, concluding in his peer-reviewed study that the harm is 10 times worse than the benefits.

One year ago, a top coronavirus adviser for Joe Biden was in agreement.

Michael T. Osterholm, a professor and director of the Center for Infectious Disease Research and Policy at the University of Minnesota, formerly advocated the “focused protection” strategy now promoted by epidemiologists at Stanford and Oxford advising Florida Gov. Ron DeSantis: With a 99% survival rate for most, according to the Centers for Disease Control, let the healthy go about their business while protecting the vulnerable, the people over 70 with multiple life-threatening diseases.

Osterholm warned in a March 21, 2020, op-ed for the Washington Post of the high economic and social costs of “the near-draconian lockdowns” in effect at the time in China and Italy, which ultimately don’t reduce the number of cases. In November 2020, however, he advocated a national lockdown of four to six weeks.

An ‘Obligation To Fix The Constitution’: Alyssa Milano And Democrats Team Up To Illegally Amend Our Founding Document