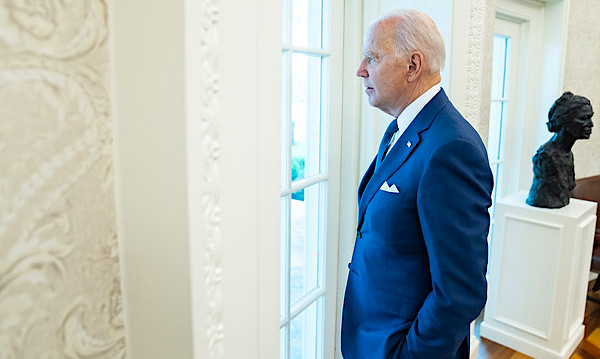 Joe Biden has made it clear from the beginning of his presidential campaign that he’s all in on the green agenda.

That would be killing fossils fuels – despite the clean and cost-effective processes that are used to obtain their energy these days – and diving headfirst into wind power and solar power and the like.

That, however, isn’t sane.

So says Francis Menton, the chief of the American Friends of the Global Warming Policy Foundation, in a commentary at the Gatestone Institute.

Biden’s agenda is pushing the nation “down a government-directed and coerced path of massively building wind turbines and solar panels, while forcing the closure of fully-functioning power plants burning coal, oil and natural gas,” he said.

“It is only a question of time before somewhere the system ceases to work. It is impossible to predict exactly when and where that will occur. But it is easy to see how the consequences could be dire. Will millions be left without heat in the dead of winter, in which case many will likely die? Will a fully-electrified transportation system get knocked out, stranding millions without ability to get to work? Will our military capabilities get disabled and enable some sort of attack?” he explained.

“No sane, let alone competent, government would ever be headed down this path.”

He said it’s obvious Biden, “with or without congressional support,” is moving after an American economy “powered by wind- and solar-sourced electricity.”

He launched his energy agenda with a flurry of executive orders requiring the federal government “to bend all efforts” in pursuit of his agenda.

“When burned to generate energy, fossil fuels – coal, oil and natural gas – all emit carbon dioxide, otherwise known in Biden-speak as ‘climate pollution.’ Thus, under Biden’s directive, they are all to be suppressed. The alternative of expanding nuclear power has meanwhile equally been made impractical by regulatory obstruction; and our potential hydro-electric capacity is already mostly in use. That leaves as the principal remaining option the generation of more electricity from wind and solar facilities; and indeed, the wind/solar electricity option is currently the subject of great regulatory favor, including extensive government subsidies and tax benefits,” he explained.

In fact, Biden has claimed he wants America “100 percent carbon pollution-free electricity by 2035.”

And he’s going for “net zero emissions” not later than 2050.

The result is Biden’s “crash program to eliminate out fossil fuel electricity generation with a very short 13-year period, and to eliminate all usage of fossil fuels within a not-much-longer 28 years,” he wrote.

He said Biden’s belief must be that it’s simply a matter of building wind and solar projects to replace fossil fuel projects.

“They are completely wrong about that,” he said. “The green energy advocates, including our president and his administration, entirely misperceive the challenge at hand. The proposed transition to ‘net zero’ via wind and solar power is not only not easy, but is a total fantasy. It likely cannot occur at all without dramatically undermining our economy, lifestyle and security, and it certainly cannot occur at anything remotely approaching reasonable cost.

“At some point, the ongoing forced transition, should it continue, will inevitably hit physical and/or financial limits, and will crash and burn. But the circumstances under which the crashing and burning will occur are currently unknown. Thus, worse than being a mere fantasy, the attempt to accomplish a ‘net zero’ transition is a highly dangerous fantasy, putting the lives, health, and security of all Americans at risk as the attempted transition proceeds to its inevitable failure,” he said.

The problem is that fossil fuels generate energy when wanted and needed; solar and wind projects produce energy “when weather conditions permit.”

That brings up the problem – and literally unknown costs – of energy storage.

“If our government officials were remotely competent, while proposing a green energy transition for the country over a short period of years — and with hundreds of billions of dollars, if not trillions, being spent on the imminent transition — these questions should be at the forefront of their attention every day,” he said.

And what tech will be required.

But, he said, “At the current time, the government is paying little to no significant attention to the energy storage problem. There is no detailed engineering plan of how to accomplish the transition. There are no detailed government-supported studies of how much storage will be needed, or of what technology can accomplish the job, or of cost.”

But one private estimate said Biden’s plan would cost some $400 trillion just for energy storage.

The result is that the U.S. government is approaching Biden’s “energy transition” with “incompetence,” he said.