'Nothing off limits': Dems targeting Trump in probe of Jan. 6 violence 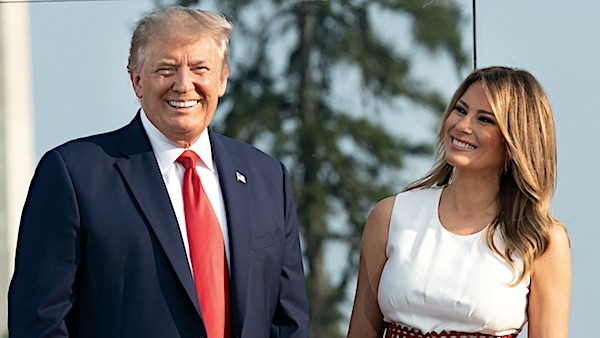 In a move that will surprise no one, Democrats have announced they are putting a bull’s-eye on President Trump in their “investigation” of the violence at the Capitol on Jan. 6.

The Guardian reports U.S. Rep. Bennie Thompson, D-Miss., who was appointed chair of a House select committee on the events of that day, pledged to “investigate Donald Trump.”

The Guardian said it interviewed Thompson, asking him if he’s prepared to depose members of Congress and the Trump administration.

“Absolutely,” Thompson promised. “Nothing is off limits.”

On that day, hundreds of supporters of President Trump – and likely his opponents who concealed themselves in the crowds – went to the seat of U.S. government. Some broke windows and doors to get in, and vandalized parts of the building.

Hundreds more simply walked by security officers who sometimes held doors open for them and entered, taking selfies and wandering about. Members of Congress broke off their session which was to adopt the still-challenged results of the 2020 presidential race and they resumed meeting later in the night to finish.

The Guardian explained, “The aggressive move to place Trump in the crosshairs of the select committee underscores Thompson’s determination to uncover the root causes of 6 January, even after Senate Republicans, fearing political damage, blocked the creation of a 9/11-style commission.”

Thompson claimed that the investigation is an attempt to “safeguard the peaceful transition of power,” the report said.

“The issues of January 6 are one of the most salient challenges we have as a nation, to make sure that this democracy does not fall prey to people who don’t really identify with democracy,” Thompson claimed.

In fact, the crowds included those who were protesting the fact that despite evidence of misbehavior in the 2020 election, no court had considered the actual evidence, refusing to hear the cases on various technicalities.

Despite various fact-checkers’ claims that the election was perfectly conducted and without a shadow of doubt, there were multiple claims supported by evidence of misbehavior, and several audits still continue in an attempt to make sure that such deceptions do not recur.

One instance was that leftist Mark Zuckerberg of Facebook handed over to a foundation $350 million, which then was turned over to mostly Democrat elections officials to use to help “run” their processes. In some cases the money came with strings – the requirement to let leftist groups “help” with the election.

Further, there is no question but that various state officials arbitrarily – and without constitutional authority – changed state elections laws to allow for COVID restrictions. The Constitution provides that only state legislatures can make those changes.

Legacy media outlets continue to claim that Trump’s charges the election was “stolen” are without foundation.

The committee’s first hearing is set July 27, and Thompson said Trump and Rep. Kevin McCarthy, the GOP leader in the House, are among the “top witnesses,” the report said.

Those two had a telephone conversation as the January 6 events developed.

“The committee will want to know if there is a record of what was said,” Thompson insisted.

The report confirmed that Thompson, in fact, will target anyone “who may have spoken to Trump on 6 January.”

He also promised the committee would draw information from the National Security Agency, the Central Intelligence Agency and the FBI to support its claims.

He threatened that there would be criminal charges should White House records for that time period be “missing.”