Now gun bans could be based on your IDEOLOGY! 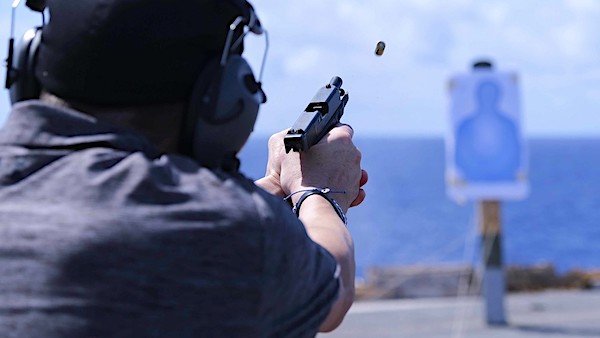 The Supreme Court has just ruled that governments cannot deny residents permission to carry a weapon in public – often called concealed carry – just because they don’t meet some bureaucrat’s demand for a “just cause” to be armed.

But now, according to a legal analysis, officials are considering basing their decisions on factors that make up a person’s ideology.

Do you endorse any kind of “hatred,” a wildly vague term, or do you endorse certain religious views? How about being anti-government, anti-abortion or pro-abortion?

It is legal commentator Eugene Volokh who explained at Reason that California officials are working on work-arounds to the recent Supreme Court decision, in New York State Rifle & Pistol Association v. Bruen.

In that ruling, the justices vetoed the idea that a bureaucrat can demand a license applicant provide the bureaucrat’s version of a good reason, or “just cause” for the license to defend oneself.

Volokh noted the California attorney general immediately released a statement that that state’s demand for “good cause” likely could no longer be used against residents.

But the AG’s office suggests that people who hold certain ideological viewpoints should be disqualified, he explained.

For example, the state already requires an applicant to be of “good moral character.”

“The Sacramento County Sheriff’s Office, for example, currently identifies several potential reasons why a public-carry license may be denied (or revoked), which include ‘[a]ny arrest in the last 5 years, regardless of the disposition’ or ‘[a]ny conviction in the last 7 years.’”

And the Riverside County Sheriff’s Department’s policy states: “Legal judgments of good moral character can include consideration of honesty, trustworthiness, diligence, reliability, respect for the law, integrity, candor, discretion, observance of fiduciary duty, respect for the rights of others, absence of hatred and racism, fiscal stability, profession-specific criteria such as pledging to honor the constitution and uphold the law, and the absence of criminal conviction.”

Volokh suggested those strategies likely are unconstitutional under the First Amendment, “even apart from the Second Amendment.”

“The government can’t restrict ordinary citizens’ actions—much less their constitutionally protected actions—based on the viewpoints that they express,” he said.

He said people can’t be denied rights because they “endorse ‘hatred’ (a potentially extraordinarily broad and vague term) and ‘racism’ (a term that, especially in much recent usage, is likewise highly broad and vague).”

He also said it doesn’t matter that “some” adherents of an ideology “engage in violence.”

He explained, “And of course it’s easy to see how, if California were allowed to deny concealed carry licenses to whoever California law enforcement officials believe is ‘racis[t]’ or endorses ‘hatred,’ then some other state could deny such licenses—or lots of other kinds of licenses—to whoever its law enforcement officials believe is anti-government or anti-police or a Muslim extremist or what have you.”

Other problems Volokh predicted could arise include a “mere arrest history” that doesn’t document illegal conduct, the status of “fiscal responsibility,” or even guilt for minor crimes.

A column at HotAir pointed out how extreme the California strategy could become.

“This is an even more critical distinction to make in an era where the government is busy redefining words and appointing people to decide what is or isn’t ‘misinformation.’ If you spoke out against the violence on display during the BLM riots, you’ve already been defined as a ‘racist.’ Based on that alone, the California AG could determine that you are of insufficiently good moral character to be approved for a permit. If you applauded the overturning of Roe v Wade you are no doubt already on a list of ‘haters’ of some sort so you can be similarly denied,” it said.