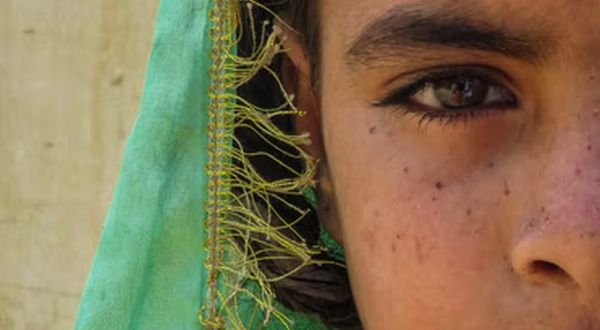 The American Center for Law and Justice is revealing that the Supreme Court in Pakistan is blocking efforts by parents to find their daughter, who has been missing for a year and a half.

The prominent legal team that advocates for human and religious rights described the story of Mehak James as “a parent’s worst nightmare.”

She is a young Christian daughter of a laborer, and Pakistani police have refused to search for her since she went missing, the organization confirmed.

And efforts by her parents to compel police to do their job have been “frustrated by the court system.”

She’s apparently the victim of a crime wave in Pakistan that involves Muslim men simply abducting Christian girls and forcing them to convert to Islam, claiming they are now married. Also prevalent in the Pakistani criminal community are abductions by human traffickers who then take their victims to China “for arranged marriages,” the report said.

“She left her home to buy snacks from a nearby store, but did not return. Eventually, her younger brother called her parents – who were at work – and informed them that Mehak had not returned,” the ACLJ said.

Her parents rushed home and began a search, discovering from two vendors nearby that two boys and an unknown person had been seen with her.

The case then took a path familiar to those who fight for the victims. Police picked up the two boys seen with Mehak, and the evidence revealed a neighbor, Muhammad Adnan, had been in contact with her dozens of times.

But Mehak’s father, without counsel, was told by police to sign a document as a condition of their continued search for Mehak. He did, but Adnan was released and the police halted their search, the report said.

Then multiple petitions for police to resume investigating were turned back by various courts because of the document her father signed, even though the nation’s laws disallow documents signed under duress.

Even the Supreme Court of Pakistan declined to act in the case.

“The court’s decision is especially concerning because many in Pakistan see the Supreme Court as a reasonable court that usually sets things right, especially in cases of human rights violations and in cases where lower courts pass erroneous convictions due to societal pressure (such as in blasphemy cases),” the ACLJ said.

But worse is the fact police “have simply refused to do their job,” the ACLJ reported.

“What is not entirely clear is why the police refuse to do their job. However, it is not uncommon in Pakistan for police to receive bribes or to be aware of human trafficking rings and the people who operate them and do nothing. It has become apparent that something more than laziness is a factor in the police’s failure to search for Mehak,” the organization reported.

The ACLJ said its latest move was to file a report with the U.N. Human Rights Council on the case.