Pastor Andrew Brunson to U.S. Christians: Get ready for persecution

The American pastor who was imprisoned for two years in Turkey on false charges is warning Christians in the United States that in an environment of increasing hostility, they need to prepare to face the kind of persecution experienced by fellow believers around the the world.

Andrew Brunson, in a column for Decision magazine, confessed that he wasn’t prepared for the horrors he suffered in a Turkish prison.

“I came close to failing, especially during my first year in prison. At times I was suicidal,” he wrote. “I was overcome with fear and despair. I went into relational crisis with God.”

He noted that the gatekeepers of American culture are “increasingly hostile to those who identify clearly with Jesus and His teaching.”

Brunson was imprisoned in October 2016 on unsubstantiated charges of terrorism and espionage by the hardline regime of President Recep Tayyip Erdogan, who wanted to exchange the pastor for a Muslim cleric in the U.S. accused by Turkey of masterminding the failed 2016 coup. He said in his first interview after his release, “The way I survived that was just by spending hours in prayer, just to keep my sanity

He said in his column he believes there are “two wedge issues” that “will drive persecution.”

“First, the exclusivity of Jesus in salvation – that Jesus is the only way to God. Second, that Jesus demands obedience from His followers in a number of areas that are hotly contested in our culture, such as sexual morality, gender identity, marriage, family, life and Biblical justice. Those who are faithful to Jesus in upholding Gospel exclusivity and obedience to Christ are going to be labeled as evil people, and those who persecute us will justify themselves by saying that we are a people of hate, that we carry a message of hate.”

The pastor said the “majority of believers are not ready for the pressures of persecution, and this is very dangerous.”

Brunson believes that “one of the purposes God had in my imprisonment was that I would learn how to stand under pressure even when I was weak and overwhelmed, and this was in part so that I could encourage others to stand when they’re under pressure.”

“The hard truth is that God allows His children to suffer persecution, and it can be more difficult than we think,” he said. “I had an idealistic view of how I would handle intense persecution like imprisonment. And looking back, I think it would have helped me to know how difficult it can be, so that I could adjust my mindset and expectations.”

He warned against confidently declaring that persecution “will be good for us,” so “bring it on.”

“We need to be careful not to be over-confident,” Brunson cautioned. “I say to you again, it can be more difficult than we think, and God’s faithfulness, His help, His grace, may look different than what we would expect.”

He concluded with a reference to Jesus as the Lion of Judah.

“My brothers and sisters, we are on a perilous journey,” he wrote. “There will be hardship and danger, but the Lion is with us. At some point, the journey will end, and it will end in victory for the Lion and for those who are on His side.” 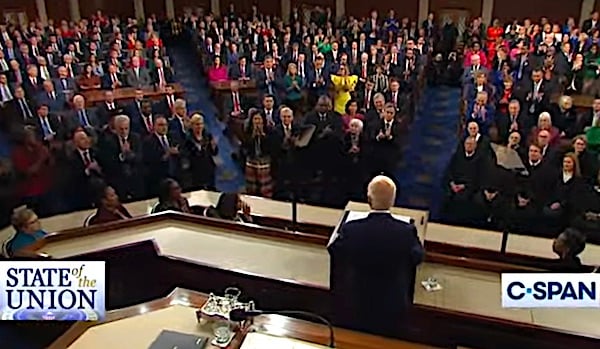