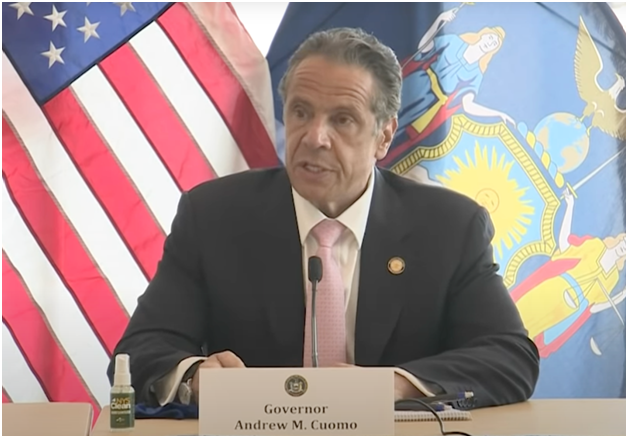 “Fear, panic, and coercion are not ideal strategies for managing viruses. Intelligence and medical therapeutics fare much better.”

It is no secret that Democrat governors used Covid as an excuse to rule with an iron fist. These governors engaged in massive executive overreach in an attempt to satiate their omnipresent desire for more power. States are pushing back on their executive overlords and rescinding their powers. Some say the lockdowns were a matter of safety, but the data simply does not back up that assertion.

The American Institute for Economic Research looked at 35 different studies on the effectiveness of Covid lockdowns. Collectively, the studies all point to the same thing when it comes to viruses, “We have extremely limited control over them, and that which we do have is bound up with time and place. Fear, panic, and coercion are not ideal strategies for managing viruses. Intelligence and medical therapeutics fare much better.”

The article goes on to explain:

“The question is whether lockdowns worked to control the virus in a way that is scientifically verifiable. Based on the following studies, the answer is no and for a variety of reasons: bad data, no correlations, no causal demonstration, anomalous exceptions, and so on. There is no relationship between lockdowns (or whatever else people want to call them to mask their true nature) and virus control. Perhaps this is a shocking revelation, given that universal social and economic controls are becoming the new orthodoxy. In a saner world, the burden of proof really should belong to the lockdowners, since it is they who overthrew 100 years of public-health wisdom and replaced it with an untested, top-down imposition on freedom and human rights. They never accepted that burden. They took it as axiomatic that a virus could be intimidated and frightened by credentials, edicts, speeches, and masked gendarmes.”

Even if these blue state governors did believe that they could intimidate the virus and beat it into submission with their orders, they ignored the will of the people (massive petitions, emails, and phone calls) and crowned themselves emperors. Many Californians had to be home by 10pm each night. Colorado told people that they should not have guests in their homes. For a short time, Michiganders would have been in violation of their lockdown order if they went to Home Depot and attempted to buy a gallon of paint or a child seat. New York, as well as many other states, shut down schools and forced young children to learn from home. The list goes on and on.

According to the Associated Press, “the constitutional amendments will give lawmakers much more power over disaster declarations, to apply whether the emergency is another pandemic or natural disaster.Republicans see the referendum as a victory with strong political overtones, as the state gears up for a wide-open governor’s race in 2022 and Wolf leaving office after two terms.Republicans in the state Legislature and those aiming to replace him in 2023 have made Wolf a top political target, repeatedly attacking his stewardship during the pandemic, including his orders shuttering businesses, sending students home for online schooling and ordering masks worn outside the home.”

Republican lawmakers across the country have sought to roll back the emergency powers governors wielded during the COVID-19 pandemic. As a result, power is now becoming more balanced between the executive branch and the legislative branch as it should be.  Emergency disaster declarations cannot be extended beyond 21 days without legislative approval.

Last year, as the pandemic began, the Department of Justice under U.S. Attorney General William Barr warned citizens in all states to be on the lookout for constitutional overreach.  In April of last year the Justice Department sided with a Virginia church suing Gov. Ralph Northam after police threatened a pastor with jail time or a $2,500 fine for violating lockdown restrictions by holding a service on Palm Sunday – marking the latest incident where federal lawyers or local courts have challenged a state’s stay-at-home mandates during the coronavirus pandemic.

Barr made it clear that federal prosecutors should “be on the lookout” for overly restrictive state and local shutdown orders that may infringe on people’s constitutional rights – especially when it comes to the First Amendment.“If a state or local ordinance crosses the line from an appropriate exercise of authority to stop the spread of COVID-19 into an overbearing infringement of constitutional and statutory protections, the Department of Justice may have an obligation to address that overreach in federal court,” Barr wrote in a DoJ memo.”

We have seen many states indirectly resisting the overreach for quite some time. Now, as we get closer to midterms, more of these states will formally reject the constitutional breaches at the ballot box. Bravo to Pennsylvanians for being the first.

This post, Patriots Rejecting Executive Overreach on Covid Lockdowns, was originally published on The Daily Torch and is republished here with permission. Please support their efforts.