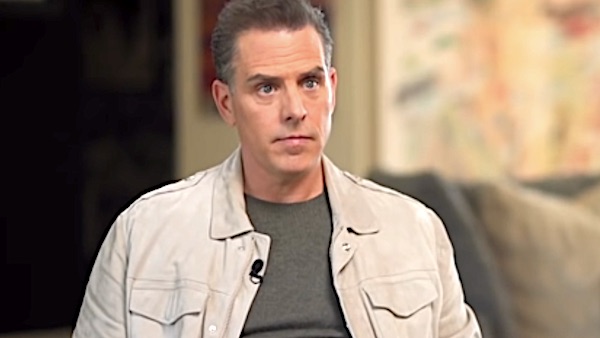 On behalf of the Biden family, Hunter Biden received nearly $6 million in 2017 from an energy company linked to the Chinese communist government and its military intelligence, according to a new book by investigative reporter Peter Schweizer.

It was Schweizer, who in previous books, exposed the foreign business ventures of Hunter Biden during the Obama administration that clearly were tied to his father’s position as vice president of the United States.

The deal with CEFC China Energy was spotlighted only weeks before the November 2020 presidential election when a former Hunter Biden business partner, Tony Bobulinski, confirmed emails published by the New York Post contradicting then-Democratic presidential nominee Joe Biden’s insistence that he was unaware of his son’s influence peddling and indicating he personally profited from it.

In 2015, Hunter Biden began developing a close relationship “on a number of fronts” with the chairman and majority owner of CEFC China Energy, Ye Jianming.

Joe Biden’s son, serving as Ye’s personal counsel in the U.S., essentially became an employee and representative for the Chinese global energy chairman in the U.S.

“In brief, Hunter Biden was now the U.S. representative for an intelligence- and military-linked Chinese company that was supporting voices calling for an aggressive military posture against the United States and its allies,” Schweizer writes.

By July 2017, CEFC began making interest-free, forgivable loans to the Biden family. CEFC executive Zhao Running wrote in an email featured in the book that a $5 million forgivable loan was “intended as money lent to the BD (Biden) family,” not just Hunter Biden.

Schweizer points out that “interest-free loans provide tremendous leverage because the lender can demand its money back if it is displeased by any action.”

When the CEFC infrastructure fund known as Hudson West later folded, a Chinese assistant to Hunter Biden wrote to the president’s son, “Whatever money from Hudson West, please take them, take as much as possible or figure out a way to spend them for your own benefits … just take it and keep as much as possible.”

Last September, Politico political correspondent Ben Schreckinger published a book featuring a source who confirmed the authenticity of a 2017 email regarding the deal with CEFC Chinese Energy stating 10% of the profits were to be held “for the big guy.” Hunter Biden’s financial officer in the Chinese deal, Bobulinski, came forward publicly in October 2020 and confirmed details of the Chinese deal, identifying “the big guy” as Joe Biden. He claimed Joe Biden was an active participant in his son’s overseas business dealings while serving as vice president. In fact, Bobulinksi said he met twice with Joe Biden to discuss the deal with CEFC, giving the impression that the then-vice president had the final say in the business dealings of his son and brother James Biden.

Schweizer writes in “Red Handed” that Ye and CEFC were “at the center of Beijing’s economic strategy,” playing “an important and central role in advancing China’s Belt and Road Initiative, which was designed to expand Chinese economic and political influence worldwide.”

“Accordingly, CEFC was also an oil supplier to the People’s Liberation Army.”

It was CEFC ambitions in the U.S. that brought about the $6 million payment to the Biden family, Schweizer writes.

In 2017, Hunter Biden made plans to house one of his father’s offices for the Biden Foundation in Washington together with a CEFC official, Gongwen Dong.