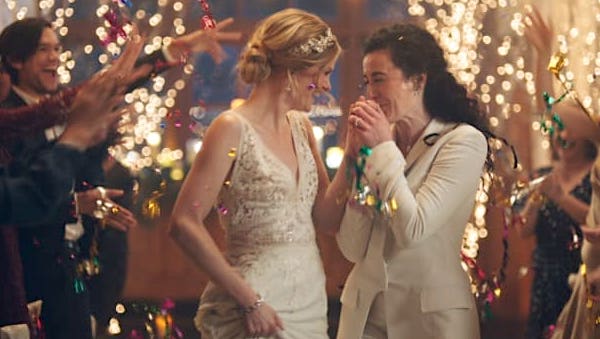 A wedding photographer in New York is fighting the state’s “non-discrimination” law, alleging it violates her right to express her religious beliefs.

In a lawsuit profiled by the Washington Free Beacon, Emilee Carpenter is taking Democratic Gov. Andrew Cuomo and his administration to court because they are threatening her with fines and jail time for her belief that marriage is the union of a man and a woman.

The defendant in the case is the Democratic attorney general, Letitia James. The complaint alleges the state is requiring Carpenter to violate her beliefs about traditional marriage by forcing her to publicize photos of same-sex weddings on her website.

“The laws require her to create photograph collections on her website celebrating same-sex weddings because she celebrates opposite-sex weddings. Violating the laws could result in tens of thousands of dollars in fines, the state taking away her business license, or even jail time,” the Free Beacon said.

“My faith has been really integral to me as a person but also to my business and the way I operate it and the artwork I create,” Carpenter explained in the report. “My faith is really the lens through which I view my art.”

The state also is banning her from making any statement explaining her business activities are restricted by her religious beliefs.

The case alleges the state’s anti-discrimination laws are violating her First Amendment rights.

“These laws do not simply dictate what [Carpenter] does; they dictate what she says,” the lawsuit states. “Emilee is already willing to work with clients no matter who they are, including those in the LGBT community. But not satisfied with equal treatment, New York officials demand ideological purity—that Emilee violate her conscience by professing the state’s approved view about marriage.”

The issue, ever since American courts handed “rights” to LGBT activists, has been the clash with First Amendment’s protections for religious rights.

But other recent court decisions have recognized religious rights. Among them are the Supreme Court’s ruling in the case of Masterpiece Cakeshop in Colorado, a decision involving a video company in Minnesota and a ruling in Arizona’s courts regarding a calligraphy company.

“The First Amendment protects people on all sides. It should protect the LGBT artist for the same reason it should protect Emilee. These freedoms go both ways,” said Jonathan Scruggs, a lawyer for the photographer.