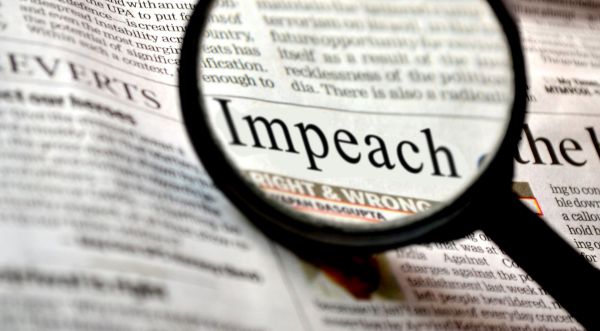 Hunter Biden already is under investigation, apparently for some of his questionable international business deals that likely were done while his father, Joe, was vice president.

Biden critics, in fact, have said Hunter Biden was doing no more or less than selling access to America’s White House, since he lacked any qualifications from some of the paychecks he got, such as the millions paid by Ukrainian gas company Burisma.

In fact, it was Vice President Joe Biden who traveled to Ukraine and threatened to withhold American aid if the government there didn’t fire the prosecutor investigating alleged corruption at Burisma, which had Hunter Biden on its payroll.

Of course many of the allegations are at the investigation stage yet, and Hunter Biden hasn’t even been charged, after which he’d be entitled to a fair trial to determine guilt.

But if that happens, there could be ripples for not just Hunter Biden, but Joe Biden, too, according to a new poll.

The Independent Women’s Voice posted online the results of a poll that show 67% of Americans say Joe Biden should be impeached if Hunter Biden’s corruption is proven.

A full 60% of the respondents said what Hunter Biden was doing, in fact, was selling access to Joe Biden.

“A whopping 67% of registered voters said they believe Hunter Biden selling access to his father is an impeachable offense for President Biden, according to new polling by Harvard University’s Center for American Political Studies (CAPS) and Harris, a firm run by Democrat Mark Penn,” the report explained.

He said, “The laptop [containing all sorts of what appears to be evidence about the Biden family’s schemes, and which was abandoned by Hunter Biden at a repair shop] is seen as genuine (58%), the majority thinks Biden was part of Hunter’s business interests (58%) and that Hunter sold influence and access to Joe Biden (60%). If these are found to be true, 67% believe they are an impeachable offense for Biden.”

The poll also found only 37% of respondents support Biden running for office again in 2024, when he’d be well into his 80s.

It continued, “Free-speech advocates were dismayed when they saw how wrongfully Twitter suppressed the Hunter Biden laptop story just prior to the 2020 election, and some polls show that it could have been determinative for Biden’s win. It’s only now, 18 months later, that the New York Times and other outlets are reporting that the laptop story is real, and we’re learning more about the dozens of visits by Hunter Biden’s associates to the Obama-Biden White House. Free speech advocates rejoiced this week when billionaire Elon Musk acquired Twitter with promises of more even-handed content treatment on the social media giant. Time will tell whether Musk is true to his promise.”

Another insight from the poll: “Heading into the 2022 elections, this new polling shows that if the GOP wins the House and Senate, Americans would support impeachment, or at the very least, an investigation into possible influence peddling by President Biden.”

The Biden family’s history includes a long list of various companies that they own that took payments from Russia interests, Chinese operatives, a Ukrainian organization under investigation for corruption and much more.

Evidence also has confirmed that Joe and Hunter Biden shared some bank accounts and paid bills for each other – including legal fees for one of Hunter Biden’s Chinese operations that Joe Biden reportedly funded.

That’s despite repeated claims from Joe Biden that he never discussed Hunter business dealings with him.

Hunter Biden already is under investigation by the U.S. Attorney’s Office in Delaware, possibly for “huge, unreported payments from foreign sources while his father was vice president,” a report said.