Poll: More than half of Americans want Biden to resign over Afghanistan 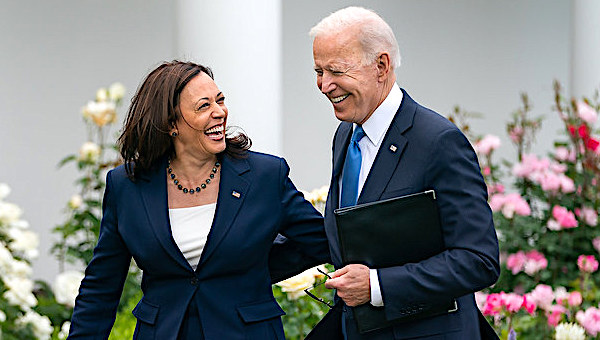 The full impact of President Joe Biden’s disastrous decision to pull the U.S. military out of Afghanistan, leaving behind stranded Americans and billions of dollars in military equipment now supplying the Taliban “army,” likely won’t be seen until the 2022 elections, or in 2024.

But the immediate results are that even Democrats have begun joining the GOP in a widespread opposition to the White House.

Rasmussen Reports said on Wednesday its polling shows 52% of Likely U.S. Voters think Biden should resign because of the way the U.S. withdrawal from Afghanistan was done.

Only 39% – far short of the apparent 50-plus percent who voted for him for president – disagreed.

But the news just gets worse for Democrats. A Biden resignation would install Kamala Harris, now vice president, as the new commander in chief, and Rasmussen confirmed that “most [Americans] don’t think Vice President Kamala Harris is qualified to replace Biden if he leaves office.”

Paul Bedard wrote bluntly of the survey’s results in his Washington Secrets column in the Examiner.

“People have seen enough of President Joe Biden and his administration’s bumbling over the Afghan withdrawal and now want him to resign,” he said. “In the latest shocking display of the president’s polling free fall, the latest Rasmussen Reports survey found that a majority, 52%, wants Biden to resign over the withdrawal alone. Just 39% disagrees, far short of his political base.”

The data, he said, “twins” with the president’s weekly job approval rating, “which also shows that the nation, for now, has given up on the aging president who sometimes appears fumbling.”

Actually, Biden’s verbal gaffes and stumbles have been evident for years, only lately to take a turn down and revealing him unable sometimes to complete a sentence or finish a thought. Sometimes he appears simply to not understand a question, when he does take one. Often, at news conferences, he simply makes a statement, then turns his back on reporters and walks away from their questions.

Bedard noted Biden’s effort to defend his Afghanistan results “and turn the public’s attention to other issues,” “has flopped.”

“Rasmussen revealed 60% of voters agree with a statement last week by South Carolina Republican Sen. Lindsey Graham: ‘I think Joe Biden deserves to be impeached because he’s abandoned thousands of Afghans who fought with us and he’s going to abandon some American citizens because he capitulated to the Taliban to a 31 August deadline,’” his column said.

The problem for America is that voters do not consider Harris capable of taking over.