Poll: Only 1 in 7 very confident Biden can keep Russia war out of other nations 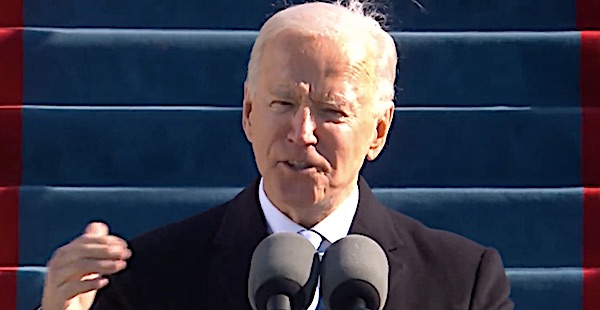 Only one in seven Americans responding to a new Convention of the States Action polling is very confident that Joe Biden can keep the Russian war against Ukraine from expanding to include other nations – a potential path to a World War III.

The poll, completed in partnership with The Trafalgar Group, said a full 35.9% of Democrats say they are not confident in Biden’s ability to keep the war from spreading.

“This administration failed to see this war coming, failed to do enough to prevent it, and is now failing to contain the situation,” said Mark Meckler, president of Convention of States Action.

“The lack of decisive action on Ukraine and a series of cringe-worthy comments from both President Biden and Vice President Harris are leaving a distinct impression with voters that Team Biden has no idea what they’re doing.”

He continued, “When the peace of humanity is at stake and the security of American is at risk, this isn’t a time for partisans to rejoice over Biden’s utter failure, it’s time to seek immediate solutions and new leadership.”

The results show that 61.7% of American voters say they are not confident Biden can prevent the war from spreading.

It was only 33.3% of American voters who said they are confident in the ability of President Biden and his administration to prevent the Russia/Ukraine was from spreading to other countries. That includes only 15% who say they are very confident, and 18.3% who are “somewhat” confident.

Among independents, only 22.6% said they are confident in Biden’s ability to contain the Russian war against Ukraine, and among GOP members, it was only 12.4%.