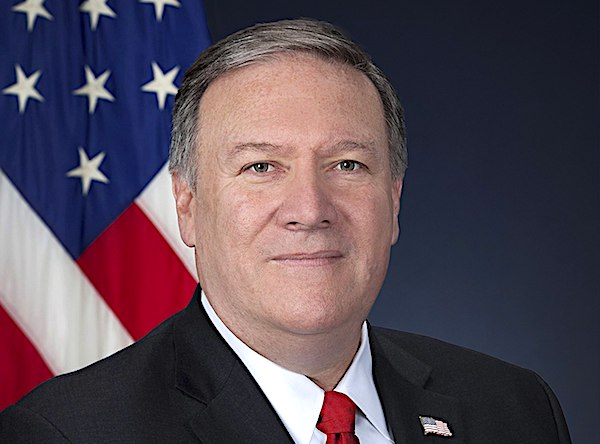 Joe Biden’s administration has launched an agenda to undermine Israel, the leading democracy in the Middle East and America’s staunchest ally on many issues, according to former Secretary of State Mike Pompeo.

In a report published by the American Center for Law and Justice, he charged the Biden administration with “taking steps within the State Department to undermine Israel’s democratic legitimacy.”

This is happening even as Biden’s appointees continue negotiating toward a nuclear deal with Iran, “which would directly imperil Israel’s security” and has been opposed even by Iran’s Arab neighbors.

Explained Pompeo, “Recent reports show that the State Department has released a new grant opportunity, with potential funding of up to $1 million, to ‘strengthen accountability and human rights in Israel and the West Bank and Gaza.’ As innocuous as that sounds, the reality is the State Department is going to use your taxpayer dollars to support work which slanders Israel and falsely paints it as an apartheid state.”

He said the pending grant procedures are “just the latest in a long line of blatant anti-Israel bias among Biden administration hires, particularly in the State Department. Sarah Margon, the current nominee to be assistant secretary for Democracy, Human Rights and Labor – the State Department bureau funding the grant – has shown support for the Boycott, Divestment, and Sanctions (BDS) movement in the past. BDS operates as an antisemitic, corporate blacklisting of the Israeli state and its people, and is founded on the false, one-sided premise that Israel is actively oppressing Palestinians in the West Bank.”

He noted, too, that Elizabeth Campbell once worked as the Washington, D.C., director of the U.N. Relief and Works Agency for Palestine Refugees in the Near East, which is “responsible for running schools in the West Bank that indoctrinate Palestinians with blatant antisemitic propaganda, particularly in textbooks that are rife with anti-Israel bias.”

And Campbell now is deputy assistant secretary in the State Department’s Bureau of Population, Refugees, and Migration, he noted.

While President Trump stopped U.S. funding for UNWRA because the program was “only prolonging and intensifying the conflict in the West Bank by raising generations of Palestinians to hate Israel,” now “Team Biden is employing the very individuals responsible for overseeing these problematic anti-Israel programs.”

“Last year, the Biden Administration violated the Taylor Force Act by resuming aid to the Palestinian Authority, knowing full well that the PA was still funding its infamous ‘pay for slay’ programs. These programs held up terrorists who killed innocent Israeli civilians as ‘martyrs’ and gave their families a stipend whenever they were either put in prison for their crimes or killed,” he pointed out.

But Biden’s decision to spend U.S. tax money in that way only “incentivized acts of terror and, in so doing, made the conflict worse, not better,” he said.

He said Biden is advancing, through the grant program, the same agenda as did Amnesty International with its “sham report” that called Israel an apartheid state.

“Israel is one of our strongest and most important allies. It is a beacon of democracy and freedom in the Middle East, and our efforts should be directed towards championing its example and sowing good relations between Israel and its neighbors.

“This is exactly what the Trump administration achieved with the signing of the Abraham Accords, historic peace agreements between Israel and its neighbors that signaled the beginning of a new era, one that would not be dominated by the fictional, oft-repeated narrative that there could be no peace in the Middle East without resolving the Israel-Palestinian conflict.”

Pompeo called on members of Congress to demand Biden cancel the grant program.

“U.S. taxpayer dollars should not be directed toward the intentional delegitimization of one of our closest and strongest allies.”