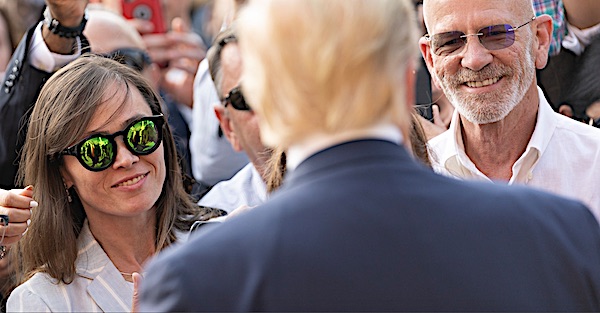 As the son of immigrants from communist Cuba, Sen. Marco Rubio has a warning for Americans in the wake of the FBI’s raid of Donald Trump’s home.

Anyone who supports the former president may be next.

“This is shocking to Americans, but in Latin America and many of the countries around the world, here’s what happens,” Rubio, said in a Fox News interview spotlighted by the Epoch Times. “A group takes power. One of the first things that group does is they begin to persecute and go after their political opponents.

“And then when the supporters of their political opponents begin to complain about it, they begin to target them and they criminalize opposition.”

Rubio, the vice chairman of the Senate Select Committee on Intelligence, said that is exactly what is happening in the United States.

“That’s the next step in this playbook, sadly,” he said.

Rubio fired off a letter Wednesday to FBI Director Christopher Wray, demanding an explanation for the raid, noting it comes just three months before the November midterm elections as public trust in government and electoral procedures erodes.

Americans have a “right to know” why the FBI did something it has never done to any other president.

“I expect an explanation as to why I, and to the best of my knowledge, every other leader of the congressional intelligence committee first learned of this raid on President Trump’s residence via the media, despite the law requiring the committees to be fully and currently informed of all intelligence activities undertaken by the U.S. Government, including any significant anticipated intelligence activity,” he wrote.