Presbyterian branch says it follows the Bible, whether it is 'respected or reviled' 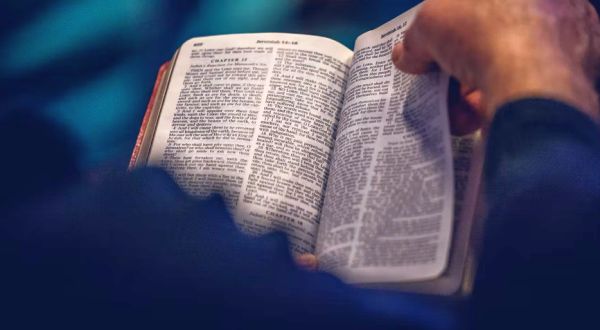 In a day when, around the world, church conferences and organizations long recognized as Christian routinely are abandoning the biblical teachings on marriage and adopting same-sex procedures for their ministers and congregations, the Presbyterian Church in Ireland is standing fast.

According to a Newsletter report the church’s outgoing moderator has stated “We will not rewrite” the Bible on issues of abortion, euthanasia, same-sex marriage, transgenderism and more, whether the organization is “loved or despised, respected or reviled.”

The report explained Rev. Dr. David Bruce was opening the 2022 General Assembly in Belfast, the first time representatives of the 500 congregations have meet in person since the pandemic.

He promised to engage graciously with critics, but “the church would not be changing its stance on issues such as abortion, euthanasia, same sex marriage or transgenderism – based on its reading of the Bible and the Westminster Confession of Faith,” the report said.

“We have found ourselves in recent times under harsh scrutiny as a people. Some have struggled to understand what we mean when we say we are a confessional church, with standards to which we physically subscribe as elders at the moment of our ordination. Our critics, alighting on a number of social policy issues such as the provision of abortion, end of life care, the redefinition of marriage, a changed understanding of human identity, among others consider our views to be incomprehensible, or even dangerous.”

It was four years ago the denomination launched its affirmation of biblical standards, with a vote to exclude from full membership those involved in same-sex relationships.

Bruce said, “We are painted as rigid, unchanging and even unloving. We have been described as a people who exclude rather than include; as a church which judges sinners rather than offers grace; as a people who do not mean what we say when we advertise that ‘All are welcome’. A denomination which will be left behind on ‘the wrong side of history’. A few have left us while others have sought to change our minds from within. Some have adopted a position of overt opposition to us in the media.”

He continued, “We do of course need to listen carefully to those who criticize us. Like any human organization which has been around for a while, we have our blind spots, prejudices and deficiencies – of course we do. This is one of the reasons why we meet in General Assembly, so that we can scrutinize our positions on various matters of policy, life and doctrine, and under God discern His mind, and hold each other to account.”

But he said the church needs to be confident of its calling, “especially when to do so means swimming against the tide. In particular, and for us with confessed standards which define us, we need to state with loving clarity to the world around us, that we are not minded to re-define our relationship with the Bible, which as our supreme standard we consider to be the word of God. We will not re-write it, re-edit it or re-frame it.”

Explaining that a choice to be a Christian is a move “from darkness to light, from brokenness to wholeness, from sin to forgiveness is what Paul meant by the offense of the cross. And yes, it is provocative, because it cuts through the pretense that all is well with us, just as it is healing because it offers us hope that all may be well with us.”

He noted, “Of course the gospel is offensive! It says we are all dead in transgressions and sins. Not that we are merely mistaken, or misguided, or confused, but spiritually dead, without hope and without God in the world.) But at the heart of its offensiveness is the beauty of its truth. You don’t need to stay dead.”

He warned that those adhering to these standards will face opposition from society.

Same-sex marriage was legalized by government in the church’s southern jurisdiction in 2015, and in Northern Ireland in 2020.

According to the Christian Institute, the statement comes just as the Baptist Union of Great Britain “is set to reconsider its commitment to one man, one woman marriage for its ministers.”

The organization reported, “In a letter to members of the Baptist Churches, the Union’s Core Leadership Team said it was ‘reflecting’ on a request to allow ministers to marry someone of the same sex.”