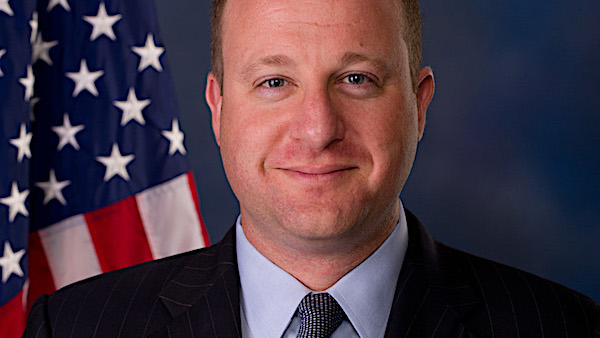 Pro-abortion governors who are trying to establish their states as abortion industry destinations have unleashed executive orders that try to manipulate what other states are able to do, now that the Dobbs decision by the U.S. Supreme Court has returned regulation of that lucrative industry to the states.

The report explained Polis has signed an executive order “intending to protect the data of those who seek abortions in Colorado. Polis has ordered state agencies to withhold information, including patient medical information and related billing information, from states where abortion no longer is allowed, and where those obtaining abortions could face criminal or civil penalties.”

Polis, in a statement, admitted that it is the money that motivates.

“We are taking needed action to protect and defend individual freedom and protect the privacy of Coloradans. This important step will ensure that Colorado’s thriving economy and workforce are not impacted based on personal health decisions that are wrongly being criminalized in other states,” Polis said.

In fact, the issue of the patchwork of abortion laws among the states and how they affect each other is yet to be sorted out.

Polis stated as governor of Colorado, he “will exercise the full extent of my discretion to decline requests for the arrest, surrender, or extradition of any person charged with a criminal violation of a law of another state where the violation alleged involves the provision of, assistance with, securing of, or receipt of reproductive health care, unless the acts forming the basis of the prosecution of the crime charged would also constitute a criminal offense under Colorado law.”

Of course, states ordinarily do not prosecute those who violate the laws adopted by other states. Colorado, for example, does not prosecute for speeding drivers who abide by South Dakota’s 80 mph interstate highway speed limit, even though that speed is not allowed in Colorado. States do prosecute when they arrest a criminal for committing a crime in another state. The governors’ orders purport to protect women who obtain abortions from extradition to states that do not allow it, but the effectiveness of that would be questionable, as a woman coming from a state disallowing abortion to North Carolina or Colorado presumably would return to her home state voluntarily.

The Gazette explained, “The move by Polis appears to be part of an orchestrated preemptive strike by governors in other states where abortion remains legal following the court’s decision to overturn longstanding precedent guaranteeing access to abortion, thereby leaving it to the states to decide the parameters of their abortion statutes.”

The report noted Cooper also signed an executive order “to protect abortion providers and patients from extradition to states that have banned the practice.”

Governors in Rhode Island and Maine also promised they will not help other states investigating people who seek abortion or health care providers that kill the unborn.

Members of Colorado’s abortion industry cheered Polis for his attempt to define what other states do on the issue.

That industry, in fact, had persuaded Colorado lawmakers to adopt, last winter, an extreme abortion law that still could be challenged in court because it declares that the unborn specifically have no rights in Colorado. Pro-life interests have said a lawsuit is being developed, because Colorado’s statute, adopted by a Democrat-majority legislature, raises questions about the conscience rights of doctors and others.

Further, it “denies legal rights to a class of citizens,” according to Jeff Hunt, director of the Centennial Institute at Colorado Christian University.

“As Colorado becomes a tourist destination for people across the country seeking abortions and Coloradans see an increase in abortion activities in this state, I believe they change their mind as to if they want Colorado to be known as allowing unrestricted abortions of viable children,” he said recently.

Bernadette Meyler, of Stanford Law School, said the issue remains unresolved on the impact of states issuing executive orders on the debate.

Colorado, in fact, authorized abortion in 1967, six years before Roe was decided, and its later governor, Dick Lamm, typified the state’s attitude toward life by telling senior citizens, “We’ve got a duty to die and get out of the way…”

Pro-abortion interests prior to the Dobbs announcement were active in Colorado, vandalizing a Christian pregnancy center.