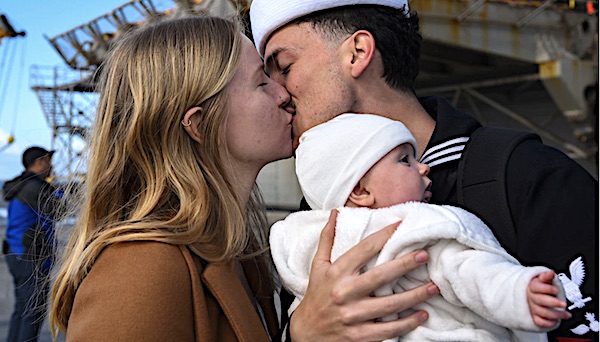 The pro-life community is expressing cautious optimism that the “egregious” abortion-promoting precedent from the U.S. Supreme Court, the 1973 Roe v. Wade decision, soon will fall, after a leaked draft from the court indicated that a majority of the justices is in agreement on that point.

If that decision would be final, it would return the authority to regulate abortion to the states, and a number already have trigger laws imposing significant restrictions if Roe falls.

At the same time, a number of states like Colorado and California already have adopted their own laws to continue allowing – even promoting – abortion up to and including after birth situations in their hope of becoming abortion destinations.

The report pointed out that the report is called a “draft,” and justices have been known to change their opinions even late in the discussion process.

Susan B. Anthony List President Marjorie Dannenfelser said, “If the draft opinion made public tonight is the final opinion of the court, we wholeheartedly applaud the decision. The American people have the right to act through their elected officials to debate and enact laws that protect unborn children and honor women.”

She continued, “If Roe is indeed overturned, our job will be to build consensus for the strongest protections possible for unborn children and women in every legislature.”

She added, “We also recognize the need for the pro-life movement to continue its existing work to support pregnant women and children in need. There are thousands of pro-life pregnancy centers and maternity homes nationwide and an ever-growing pro-life safety net. The pro-life movement will continue to grow to meet the needs of these women and their families, walking and planning with them to love and serve both mother and child.”

Abby Johnson, a former Planned Parenthood director who now runs And Then There Were None, an organization encouraging health care workers to abandon the abortion industry, said the leaked ruling was, “the news we have been waiting for for 50 years and is truly exciting for those of us seeking to make abortion unthinkable in this country.”

She said, “The majority opinion overturning Roe means means that over a dozen states will be abortion-free due to their trigger laws. The battle to make abortion unthinkable will become more intense as blue states seek to codify abortion until birth while red states seek to protect life from its very beginning.”

Further, she said, “This is the chance for people working in the abortion industry to get out now, to turn away from the destruction that happens inside those clinics. I want to help them to walk away, just like I did, and find the hope and healing that exists beyond the closed doors of abortion clinics.”

She pointed out that nothing is final with the Supreme Court – until it’s final.

“Before the opinion is officially released by the U.S. Supreme Court, it’s entirely possible for the Justices to change their votes. We still have a lot of work to do: we must pray for the Justices, we must fund pregnancy resource centers, we must work nonstop to help women facing an unplanned pregnancy and don’t know where to turn, and we must support paid family leave and policies to support families, not tear them apart. I am hopeful that in the near future, we may live in a nation where abortion is unthinkable.”

Terry Beatley, of the Hosea Initiative, recalled how, at the time of Roe, Dr. Bernard Nathanson, a early abortion industry chief who later abandoned the practice to become pro-life, had “admitted to intentionally deceiving the highest court in our land with the propaganda that abortion is simply a ‘choice’ and ‘healthcare’ which ultimately led to the Roe v. Wade decision.”

She said, “On the brink of Roe possibly being overturned, it’s time for every American, especially Christians and Jews, to learn what happened and repent for apathy, willful ignorance, and/or participation in advancing abortion, including voting for pro-abortion candidates. Our nation was duped and it’s time to set the record straight!”

Eric J.Scheidler, of the Pro-Life Action League, said, “The leaked draft majority opinion by Justice Samuel Alito in the Dobbs v. Jackson case suggests that we are about to enter an entirely new landscape on abortion in the United States. After nearly 50 years and the violent deaths of over 60 million innocent unborn children, America is finally emerging from the abortion nightmare.”

He continued, “Soon, in many states, unborn children will be welcomed back into the human family, recognized as our brothers and sisters and protected by law. In other states, like my home state of Illinois, these children are under constant threat. Our task now is to bring this expansion of human rights — the fundamental right to life — to every state. To do that will require a radical transformation of our laws, our healthcare system, our economy and our very way of life, so that no woman ever feels compelled to resort to the violence of abortion to enjoy the liberty and prosperity that are rightfully hers.

“Not only women, but our entire country has been held hostage by Roe v. Wade, which has poisoned our federal politics for nearly 50 years. Moving on from Roe presents a tremendous opportunity to finally solve our nation’s deepest problems.”

Politico said, “The immediate impact of the ruling as drafted in February would be to end a half-century guarantee of federal constitutional protection of abortion rights and allow each state to decide whether to restrict or ban abortion.”

It pointed out that no draft decision “in the modern history of the court” has been made public while a case is pending.

The liberal bank of the court, Stephen Breyer, Sonia Sotomayor and Elena Kagan – are expected to vote to keep promoting abortion at the national level.

Politico said it got a copy of the draft opinion “from a person familiar with the court’s proceedings in the Mississippi case along with other details supporting the authenticity of the document. The draft opinion runs 98 pages, including a 31-page appendix of historical state abortion laws. The document is replete with citations to previous court decisions, books and other authorities, and includes 118 footnotes. The appearances and timing of this draft are consistent with court practice.”

It was Charles C.W. Cooke, a writer at National Review, who concluded only weeks ago that in order to protect its own reputation, the Supreme Court has to overturn Roe.

He noted, “During the lengthy oral arguments in the case of Dobbs v. Jackson Women’s Health Organization, the always loquacious Justice Breyer suggested that Roe v. Wade could be considered legitimate on the grounds that, back in 1973, ‘the country, for better or for worse, decided to resolve their differences by this Court laying down a constitutional principle, in this case, women’s choice.’ If the Supreme Court is to avoid damaging its reputation with its impending decision in Dobbs, it must assiduously reject Breyer’s line.”

He continued, “Every part of Breyer’s claim is wrong. In no manner did the ‘country’ ask the Court to ‘resolve’ its differences on abortion; the Court did that on its own. In no sense were any of those ‘differences’ actually ‘resolved’ by the Court; as evidence, witness the last 50 years of American politics. And there was no real ‘constitutional principle’ at stake, because Roe was invented from whole cloth.”

He pointed out that at the time Roe was announced, “pro-choice legal scholar John Hart Ely explained in no uncertain terms that Roe was ‘bad constitutional law’ on the grounds that it was ‘not constitutional law and gives almost no sense of an obligation to try to be.’ He was correct. Roe was not the result of an unfortunate misinterpretation. It was not the product of a thorny argument over the practical application of the Constitution’s plain text. It was not the sour fruit of a scrivener’s error. It was a contrivance, a fiction, a lie.”

His opinion of Roe? “A majority of the justices wanted it, so they just . . . made it up.”

The choice now is to “keep making it up,” or admit the error, he said.

He predicted, “In the long run, the Court would be infinitely better off were it no longer obliged to superintend an emotionally charged area over which it has no jurisdiction, and if, in consequence, the passions that abortion law provokes were to be resolved at the ballot box.”