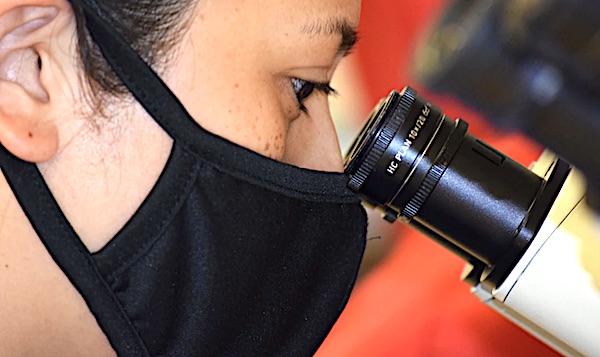 One of the world’s largest newspaper has conducted an investigation of Britain’s official COVID-19 count, finding evidence that the scope of the pandemic and the number of deaths have been significantly miscalculated.

The Mail on Sunday reported that British health chiefs have admitted that the numbers they have fed the government are only an approximation, provoking “fury” from top officials. And the PCR tests on which cases are based have proven to be inaccurate.

In the United States, the death figures have been complicated by the fact that the CDC has estimated that only about 6% of the recorded COVID-19 deaths were from COVID-19 only. The other fatalities had an average of more than two comorbidities, meaning serious underlying conditions such as heart disease and diabetes. Similarly, in Italy, a study found only 2.9% of the people with COVID-19 on their death certificate had no underlying conditions.

Last week, the CDC said it revised its data to reduce pediatric deaths from COVID-19 by nearly 24% due to a “coding logic error.”

Earlier this year, White House coronavirus adviser Dr. Anthony Fauci admitted hospitalization data for children could also be misleading, acknowledging that many children were there for other reasons and later tested positive for the virus. CDC Director Rochelle Walensky, in an effort to make a case for vaccination, referred in an interview in January to a study that found more than 75% of COVID-19 deaths in fully vaccinated people had occurred among those with at least four risk factors.

Last month, the New York Times reported CDC officials admit they have withheld COVID-19 data broken down by age, race and vaccination status because the American people might misinterpret it.

‘Fundamental flaws’
The Mail on Sunday cited an analysis from scientists at the University of Oxford and the charity Collateral Global that found “fundamental flaws” in the way COVID deaths are recorded.

In an examination of 800 responses to Freedom of Information requests made by members of the public to medical institutions, the researchers found 14 different terms that were used to describe a person who had died with COVID. The terms included “underlying Covid,” “due to COVID,” “involving COVID” and “died within either 28 or 60 days of a positive test.”

The paper said some hospitals required a positive test to certify a COVID death, while others did not.

“Most shockingly, in care homes, deaths were certified by doctors making their inspection via a video call – and this was permitted due to emergency guidance introduced in April 2020,” The Mail said.

As one of many examples, the paper cited the son of a woman who suffered dementia and a severe lung disease that limited her ability to breathe. When the woman died in April 2020, doctors recorded her cause of death as COVID-19, even though she never testing positive for the virus.

The son said doctors told him that in the absence of a test, physicians are “encouraged to put down COVID on death certificates.”

‘Hit by a bus’
The Mail reported that concerns about COVID death figures first emerged in mid-2020 after it was revealed the toll was calculated simply by checking National Health Service databases to see if a person who had tested positive at some point had died.

A government source admitted at the time: “You could have tested positive in February, have no symptoms, then be hit by a bus in July and you’d be recorded as a COVID death.”

Doctors told The Mail on Sunday they witnessed inaccurate medical reporting, including one who said there was “an overwhelming focus on COVID because everyone was scared of it.”

“So often doctors assumed that the virus was responsible for the illness, rather than something else,” the physician said. “There were occasions where junior doctors would refer a patient to me who was suffering a common bacterial infection, but I was told to treat them for COVID.

“In fact, they just happened to have COVID, but it wasn’t the reason they were seriously ill and went on to die. There were patients who came in with extreme blood loss following a traumatic injury, then tested positive for COVID.”

The Oxford report found that in some care homes, half of all COVID deaths were recorded with an incomplete death certificate, listing only COVID as the cause. But people in care homes typically have multiple comorbidities that contribute to their death, pointed out Carl Heneghan, an epidemiologist and director of the Oxford’s Centre for Evidence-Based Medicine.

“So there should be more than one issue besides COVID on the death certificate, otherwise we don’t know why these people died,” said Heneghan, a co-author of the report cited by The Mail.

He said the true toll of Britain’s care home deaths remain a mystery.

“Nobody was checking any of these deaths properly,” Heneghan said. “You could just put COVID on the certificate and no one asked questions about it.”