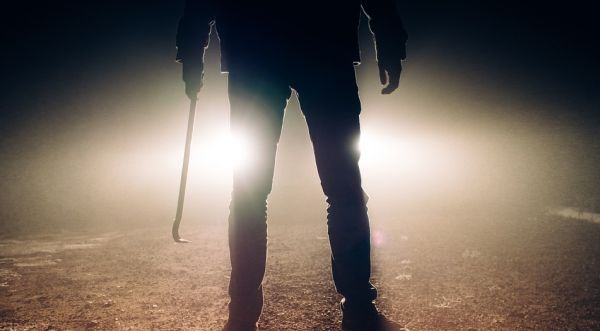 Sen. Rand Paul, R-Ky., is warning that the Democrats and media across American have been working hand-in-glove and have been “ginning-up violent crazy people.”

A report at ZeroHedge explained he was reacting to the leftist who was apprehended near the home of Supreme Court Justice Brett Kavanaugh and was charged with trying to kill the justice.

Paul himself was victimized by a crazed attacker only a few years ago, and said, “As a victim of politically motivated violence I’m particularly sensitive to this. I’ve been speaking out since the beginning.”

He accused the Democrats and the White House of encouraging protests outside the homes of justices, despite that being against the law.

In fact, the White House several times has refused to condemn the actions, affirming the “peaceful” protests and expressing hope they’ll continue that way.

“I’ve been saying it is dangerous for our justices, we shouldn’t be allowing crowds to disrupt the public, to be there at nighttime making noise. They should be arrested for disorderly conduct and be removed,” the senator said, in the report.

He added, “The White House steadfastly refused to condemn people outside of their houses. That is not peaceful protest. That is ginning up and encouraging, and intimidating the justices should not be allowed.”

He added the media to the list of wrongdoers.

“The concern is releasing justice’s addresses. Other networks put my address on the evening news. They put global satellite pictures of my house on the evening news… encouraging crazy people. It has got to stop. We have to quit doing this to our justices. We should quit doing it to the elected officials as well.”

An example of a prominent Democrat delivering a strong threat to the Supreme Court:

FLASHBACK: Senator Chuck Schumer stood on the steps of the Supreme Court and threatened Justices if they didn’t rule the way he wanted in a case: pic.twitter.com/fXqjNKjqyN

It was on May 10 the White House encouraged protests at Supreme Court justices’ homes, and it took less than a month for the charge of attempted murder to be leveled.

In the Kavanaugh situation, the assailant, identified as Nicholas John Roske, told officials that he “wanted to kill” Kavanaugh, and that the motive for his intended attack was disagreement with the Supreme Court’s assumed plan to overturn Roe v. Wade.