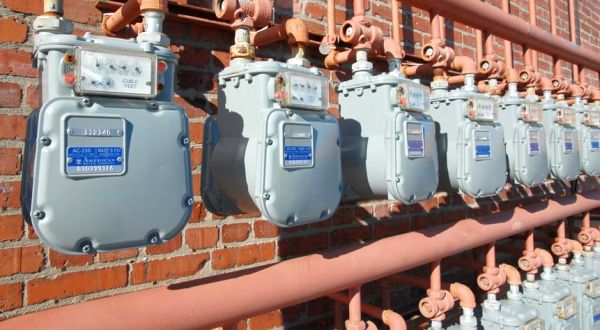 Just a few months back, when Bill de Blasio was leaving the mayor’s office in New York City, he banned natural gas hookups in new buildings.

He was trying to help consumers and the environment.

But his agenda backfired on both counts, explains a new report from The Washington Free Beacon.

The report said the goal was to help the environment by eliminating the use of natural gas in kitchens. Instead, only electric appliances would be allowed.

Further, it was supposed to help consumers battle racism.

“There was just one problem: Almost all of New York City’s electricity comes from natural gas. That means electrifying buildings will increase emissions rather than reduce them,” the report explained.

The Free Beacon quoted Mark Mills, of the Manhattan Institute, who said the plan will boost emissions, without a doubt.

Mills told the publication it takes twice as many fossil fuels to provide power to an electric stove than it takes to heat up a gas appliance.

It’s because energy is lost in the process of changing from one form to another.

But the Free Beacon explained even environmental groups supported the calamitous plan because they want “racial justice.”

“Several of the environmental groups that supported the gas ban framed it as an ‘antiracist’ measure. Gas appliances emit toxic fumes, they argued, and the people most likely to inhale those fumes are black,” the report said.

The result, they claim, is different health outcomes for communities of color.

But that’s going to be the result, anyway, from the gas ban itself.

“An analysis from the Consumer Energy Alliance found that the ban is likely to hike energy bills, which eat up a disproportionate share of minorities’ income. The ban will also increase the likelihood of blackouts in minority communities—usually the first to lose power when energy is scarce—by straining the electric grid,” the report said.

The result? “Higher emissions for New York City and a lower standard of living for its most vulnerable citizens,” it explained.

The current situation is a result of multiple wrong steps, the publication reported, including attacks on the Indian Point nuclear power plant by environmental groups that claimed “people of color” were facing radiation trouble, even though the plant never surpassed federal limits.

So to replace the electricity lost, the city employed several gas-powered plants, and now the fossil fuels’ share of the city’s grid is 90%, the Free Beacon said.

Power lines were supposed to be built from various hydrodams in Quebec, but the report said surging opposition from groups like the Sierra Club means that’s now unlikely.

Further, the report said because of weak power systems, Consolidated Edison previously has cut power to “black neighborhoods” to cope with shortages. It said those areas account “for a disproportionate share of the city’s heat deaths.”