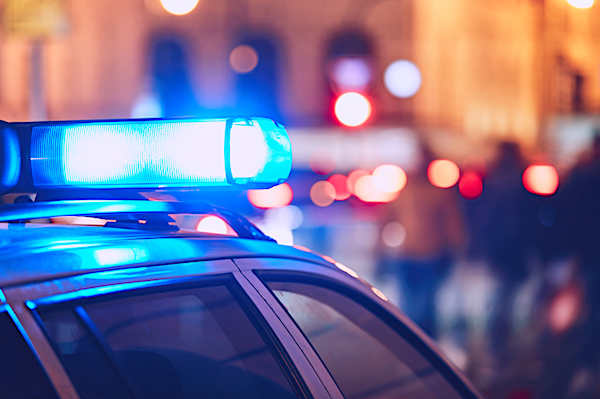 A report from the Foundation for Economic Education is highlighting the dangers of a traffic stop maneuver being used by highway patrol troopers in which they deliberately crash a driver’s car if he or she doesn’t stop for them immediately.

No matter if they feel the circumstances, or location, are dangerous.

The FEE report notes that one solution would be to eliminate qualified immunity that generally protects law enforcement officers from just about anything they do.

The report is based on an incident from July 9, 2020, when Janice Nicole Harper, pregnant at the time, was speeding on Highway 67 in Arkansas when police lights appeared behind her.

“Dashcam footage from the incident shows Harper, who was pregnant at the time, slowing her vehicle, switching on her hazard lights, and steering to the side of the road,” the report said.

But before she could come to a halt, Trooper Rodney Dunn crashed his vehicle into hers, causing the vehicle to flip.

Footage revealed Dunn then went to the upside-down-SUV and told Harper to climb out, demanding to know why she didn’t stop.

“Because I didn’t feel like it was safe!” she responded.

His response? “Well, this is where you end up.”

The report explained the officer still is on duty and unlikely to face charges, although a civil case is pending over his use of a dangerous “Pursuit Intervention Technique.”

The report noted that the Arkansas State Police Driver License Study Guide advises that drivers are “well within their rights to use hazard lights to signal to an officer that they are going to pull off the road when they find a safe place.”

“This case demonstrates the urgency of abolishing qualified immunity, which is a legal principle that gives government officials, like law enforcement, immunity from civil suits unless the plaintiff’s rights were violated by the official in a ‘clearly established statutory or constitutional rights of which a reasonable person would have known,’” the report found.

“If a non-officer had flipped someone’s car for simply speeding, there is little doubt they would face civil and criminal charges. But qualified immunity will most likely protect Dunn (once again) from facing the consequences of his actions. Even if Harper were to win this lawsuit, the payout would come from taxpayer money, not Dunn’s pockets,” it continued.

The report said the doctrine was created by the Supreme Court in 1960 without a legal basis, and provides that “police officers are protected from consequences even if they violated someone’s civil rights if a court hasn’t previously ruled the exact actions to be unconstitutional in a prior case.”

A move to abolish qualified immunity to allow officers to be held liable for “infringing on citizens’ rights, and act as an effective deterrent from these incidents occurring in the first place,” likely would reduce such confrontations, the report said.