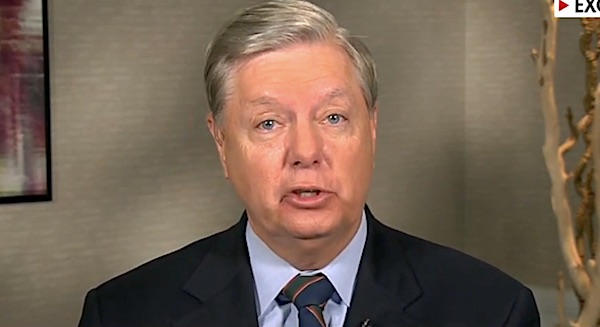 U.S. Sen Lindsey Graham, R-S.C., says there could be “riots” over the double standard that is being used against President Trump if he actually is prosecuted.

The Washington Times reports the senator explained, “If there is a prosecution of Donald Trump for mishandling classified documents after the Clinton debacle which you presided over, and did a hell of a good job, there will be riots in the streets.”

He was addressing former Congressman Trey Gowdy on his “Sunday Night in America” show on Fox News.

At issue is an FBI case by partisan operatives who previously advocated for the false “Russia collusion” narrative from 2016 in which they are investigating Trump for apparently taking some documents with him when he left the White House.

They’ve claimed there are government secrets there. Trump has explained he ordered those documents he possessed to be declassified. And court precedents suggest that if they documents are in the possession of a former president, they are presumed to be his property.

Gowdy presided over the House Select Committee on Benghazi years ago – and it was at that time Hillary Clinton, then secretary of State, was found to have sent classified government documents to an unsecure private email server.

There was no prosecution over that offense.

Graham called out the double standard that now is being applied to Trump. He also cited the FBI’s “light touch” regarding Joe Biden’s son, Hunter Biden, whose escapades and scandals have been making headlines for several years now.

“Most Republicans, including me, believe when it comes to Trump, there is no law. It’s all about getting him,” Graham said.

At Yahoo news, a report said many in the GOP now believe the political system, including the DOJ and FBI, have been weaponized against president Trump.

The report noted the FBI gave Clinton a pass “after finding that she accessed classified documents via a private server in violation of federal law. FBI director James Comey announced the decision not to prosecute months ahead of the 2016 election, saying that ‘no reasonable prosecutor’ would bring a case in such circumstances.”

Graham noted that Facebook CEO Mark Zuckerberg recently admitted to suppressing damaging information about the Biden international business operations just before the election, after being told by the FBI to be on “high alert” for “misinformation.”

Graham said, “I’ve never been more worried about the law and politics as I am right now.”

House Speaker Nancy Pelosi, D-Calif., also has operating now a partisan committee “investigating” the Jan. 6, riot at the Capitol, which has focused solely on what could be blamed on President Trump. It has ignored other facets of that situation, such as the fact that Trump volunteered to authorize troops to guard the Capitol that day, and Democrats in Congress refused.