'Robbed in plain sight': Cops take $86,000 from man they never accused of any crime 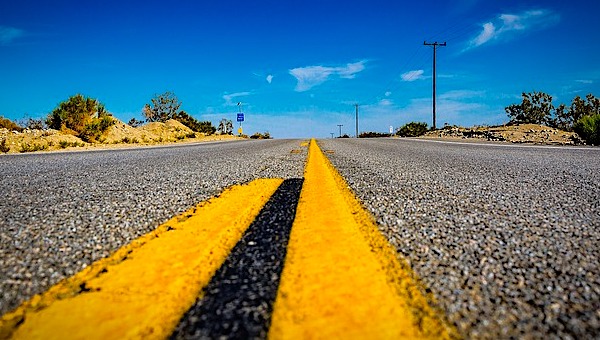 Another lawsuit is being filed over “civil forfeiture,” a process adopted in many states through which law-enforcement officers can take cash, cars or other property from innocent people.

This time the fight is over $86,900 Nevada Highway Patrol officers took from a traveler, who never was accused or charged with a crime.

The practice has become a flashpoint for legal teams seeking to restore justice to American law enforcement in recent years, and several fights already have resulted in law enforcement agencies being forced to return confiscated cash.

The newest case has arisen in Nevada, where Marine Corps veteran Stephen Lara and his lawyers from the Institute for Justice filed a case charging that officers with the Nevada Highway Patrol took $86,900 from him and kept it, even though he was not accused of committing any crime, much less charged.

The Institute said the case was triggered last February when Lara was “robbed in plain sight” while driving down a Nevada highway to visit his daughters.

“The officers fabricated a reason to stop Lara, detained him for more than an hour, and eventually left with his entire life savings. The officers never alleged he’d done anything illegal—let alone, charged him with any crime—and yet they left him penniless, standing on the side of the road,” the institute reported.

“Stephen is just one of the latest victims of policing for profit—the unconstitutional practice of using civil forfeiture to seize and keep innocent Americans’ cash, cars, and other property. Under civil forfeiture, police and prosecutors can take ordinary Americans’ property without ever charging them with a crime. Civil forfeiture flips ‘innocent until proven guilty’ on its head, and forces property owners to hire an attorney and prove their innocence in court to get their property back. Worse still, the federal government pays state officers to abuse civil forfeiture through a program called ‘equitable sharing’ in which state officers can seize money, hand it over to the federal government to do all the work forfeiting it, and then get most of the forfeited money returned as a kickback,” the legal team explained.

“Carrying around cash is not a crime,” said Wesley Hottot, a senior attorney at the Institute for Justice, which represents Stephen. “Stephen did nothing wrong. He isn’t charged with any crime and the government isn’t even willing to defend this seizure in court. Innocent people shouldn’t lose their property like this. It should be clear that civil forfeiture is inherently abusive, and with this lawsuit, we hope to put an end to legally-condoned highway robberies.”

The lawyers revealed information from the court case that casts a shadow over the officers’ actions, including that patrol officers followed Lara for “a time,” and stopped him when he changed lanes behind a tanker truck.

Body and dash cameras reveal at that point, “the officer says, ‘there you go,’ and proceeds to pull him over. The officer says he’s pulling Stephen over to ‘make sure everything is okay.’ The stop was a pretext to ask Stephen about his trip, and ‘a bunch of silly questions,’ like ‘[are there] any large amounts of United States currency in the vehicle.’”

The legal team explained Lara has kept his savings in cash for years, and has recently come close to his goal of buying a home.

Eventually, the officer who stopped him wanted him released, by his sergeant overruled him, and ordered the seizure of Lara’s money.

“It never occurred to me just how vast and immoral civil forfeiture was until I was robbed of my hard-earned money on the side of the road by a bunch of rogue pirates with badges and guns,” said Lara. “Police officers have a duty to protect and serve the public, not rob them of their life savings. I fought in Afghanistan and Iraq. I’ve seen abuses by government firsthand. I never thought I’d see it in my own country.”

The officers then worked with the Drug Enforcement Administration to process the seizure, as they would get an 80% “kickback.”

It now has been months, and the government has missed deadlines for returning his money or filing a case.

All it has done is keep the money.

“Civil forfeiture creates a perverse profit incentive that turns ordinary law-abiding cops into legally-sanctioned robbers,” said IJ Attorney Ben Field. “The right thing to do now—and indeed, the only legal thing to do—is for the government to return Stephen’s money immediately, with interest, and with no strings attached.”