SCHILLING: Joe Biden’s Plan For Government To Replace The Family

The American family is in a state of crisis. Nobody in Washington really disagrees with this, Republican or Democrat. Marriage rates are cratering. Birth rates are in a total tailspin, especially after the COVID-19 pandemic. This is unsustainable. America can’t function if the most basic building block of our society is collapsing. Clearly something needs to be done.

Last week, the Biden White House released what it called the “American Families Plan,” a $1.8 trillion spending package that includes a laundry list of woke leftist priorities, including major giveaways to the education establishment, which has become perhaps the most favored Democrat constituency. Many conservatives are understandably concerned about the price tag. But even if the package were something we thought America could afford, the details of the plan should make conservatives extremely worried. Rather than help the family, the Biden administration has something more disturbing in mind: a big government takeover of the family. (RELATED: OLIVER: The Awful Biden Speech)

Consider, for example, one of the plan’s most controversial proposals, which calls for $200 billion for two years of free universal preschool. What does that mean? Instead of giving this money to parents to help them address the educational needs of their children as they see fit, this plan would push kids into our failing public school system two years earlier, effectively replacing in-home daycares and preschools and most benefiting the credentialed class that voted President Joe Biden into office.

If Democrats were serious about helping working families afford the costs of childcare and early education, they’d recognize that parents would prefer direct assistance to government programs. As University of Virginia Professor Brad Wilcox recently pointed out, “Poor and working-class families are more likely to prioritize the parental freedom of cash more than child care, whereas the educated and affluent are more likely to value child care… By contrast, the message sent by the push for universal child care is that, ultimately, work matters more than family — and that government knows best how to arrange work and family choices.”

So why are the Democrats pursuing this big government expansion of preschool and childcare if that’s not what working-class families want or need? The obvious answer: because they want to divide the family and conquer, indoctrinating our kids at an early age with wokeism, critical race theory, and gender ideology. It’s quite literally the only thing they care about. (RELATED: How Republicans Win 2022: Running As The Anti-California Party)

In the document outlining their plan, Biden’s team argues that “everyone knows that 13 years [of education] is not enough today.” So in addition to bringing your kids into school two years earlier, they want to keep them two years later, promising $109 billion for two years of free community college. This won’t help students struggling through our ever worsening K-12 system, nor will it help families who have to deal with that system’s failures. Instead of throwing more money at a broken system, we should be returning tax dollars to parents to give them maximum choice for their children’s education.

To make matters worse, amazingly not a word — literally not one word — in this document was dedicated to “trade” or “vocational education,” which is so important to working-class Americans. Not everyone excels in college; why should we be putting people with different strengths and abilities in a position to fail? Oh, of course — because it’s a boon to the education establishment. Got it.

Here’s the bottom line: Biden’s “American Families’ Plan” will incentivize further delays in family formation and lead to parents spending less time with their children. Parents don’t need more child care so they can pick up more hours at work. Parents need better paying jobs and lower taxes so that they can provide for their families with one parent working 40 hours a week, instead of both parents combined working 80 hours a week. (RELATED: The Rich Get Richer, Middle Class Shrinks And Conservatives Must Act)

Joe Biden’s problem is that he fundamentally misunderstands the purpose of work. We don’t work in order to make more profits for Apple shareholders or to pay more in taxes. The purpose of work, as understood by so many Americans, is to provide for oneself and one’s family. We work hard so that our families can have a good life. Real support for families means policies that will lead to parents spending more time raising their children, getting married earlier, and having more children. Biden’s plan would encourage the exact opposite.

America’s families need real relief and support to help parents better provide for their children, not an expansion of government to further erode the role of parents and put bureaucrats in control. Policymakers concerned about enacting truly pro-family reforms have no choice but to reject it.

The views and opinions expressed in this commentary are those of the author and do not reflect the official position of the Daily Caller News Foundation.

The post SCHILLING: Joe Biden’s Plan For Government To Replace The Family was first published by the Daily Caller News Foundation, which makes its content available without charge to any eligible news publisher that can provide a large audience. Please support their efforts.

Times Square Argument Ends in Gunfire, Shots Miss and Instead Hit Little Girl out Shopping and Others 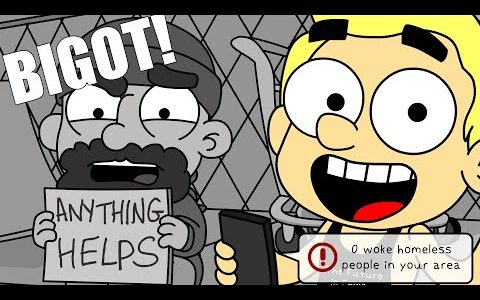 Times Square Argument Ends in Gunfire, Shots Miss and Instead Hit Little Girl out Shopping and Others

Dave Chappelle: ‘No One Can Be Woke Enough’