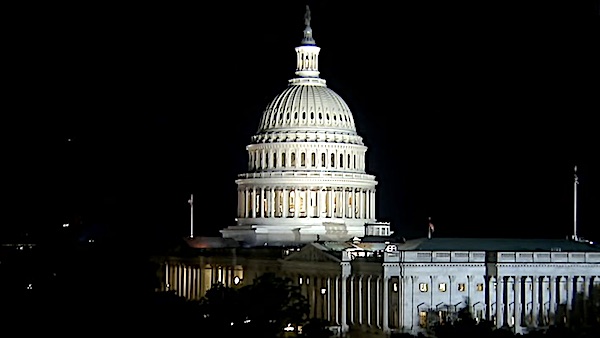 In a purported effort to stop candidates from stealing elections, a bipartisan group of U.S. senators is “very close” to issuing legislation that would drastically limit the ability of Congress to challenge the Electoral College vote in case of alleged fraud.

NBC News reported the bill would reform the Electoral Count Act with the intent of “clarifying the role of the vice president and Congress in confirming the winner of a presidential election in the wake of Jan. 6.”

The working group of senators hopes to release text as early as next week.

“We’re very close. We’ve got a few technical issues that we need to iron out, and I’m very hopeful that we’ll have a bill early next week — or bills,” Sen. Susan Collins, R-Maine, told reporters Wednesday. “That’s one of the issues that we’re deciding: whether it’s better to introduce more than one bill or one bill.”

Members of the House select committee investigating Jan. 6 have contended President Trump sought to exploit loopholes to maintain power after the November 2020 election.

The senators want to make clear the vice president cannot unilaterally reject electors, NBC reported. And, among other provisions, they want to raise the threshold for members of Congress to object. Currently, only one member of the House and Senate needs to submit an objection to force debate and a vote on whether to continue counting the votes or deal with the objection.

A member of the bipartisan working group, Republican Sen. Thom Tillis, of North Carolina, told NBC News, the lawmakers also are working on protecting “voter access,” which is a demand of many Democrats. That would be done largely by affirming and emphasizing existing law, the senator said, without offering more details.

“We’ve got a substantial base where we agree. We’ve eliminated the things where we couldn’t find common ground,” Tillis said.

Becker News noted the activist group Protect Democracy has called for reforming the Electoral Count Act to change how votes are cast for the president and vice president.

The group was co-founded by three attorneys who served in the White House Counsel’s Office under President Barack Obama.

“As the nation learned in January 2021, the statute is badly in need of an update,” the group states. “It includes antiquated and ambiguous language, and fails to offer clear guidance on key aspects of the process of counting electoral votes and resolving related disputes – weaknesses that render the statute open to misunderstanding or exploitation, and risk the peaceful transitions of power that have been a hallmark of our democracy.”

Among the group’s recommendations is to clarify “the extraordinary circumstances under which states may appoint electors after Election Day” and “the limited role of the Vice President (as President of the Senate) in the process of counting electoral votes.”

And the group calls for “raising the threshold for Members of Congress to object to another state’s certified election results, and clarifying the narrow grounds upon which such objections may be raised or sustained.”