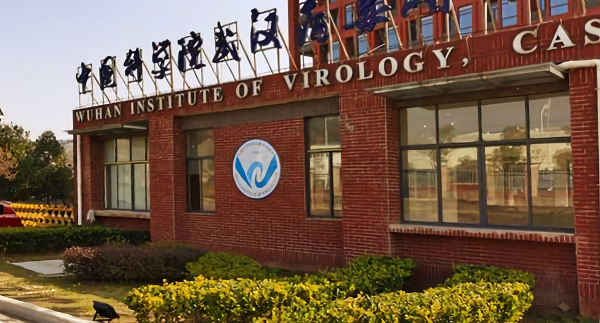 The Wuhan Institute of Virology in the 11-million-strong Chinese city bought a PCR machine in November 2019 to test coronaviruses, according to Chinese security data that was wiped from the web and later recovered by cybersecurity experts.

The revelation is part of an investigation by Sky News Australia reporter Sharri Markson presenting evidence that the pandemic began with a virus engineered by researchers at the Wuhan lab who were partly funded by Dr. Anthony Fauci’s National Institute of Allergy and Infectious Diseases.

Markson presents findings from her new book, “What Really Happened in Wuhan,” in a one-hour Sky News Australia feature, which is embedded at the end of this article.

The report of the purchase of the PCR machine coincides with the intelligence report cited by the Wall Street Journal that researchers from the Wuhan lab became sick with COVID-like symptoms and sought hospital care in November 2019.

Markson discovered there was a “buy up” in Wuhan of PCR equipment used to test for coronaviruses in October 2019. The next month a machine was purchased by the Wuhan Institute of Virology.

She asked former Director of National Intelligence John Ratcliffe if he was aware of the purchase by the Wuhan lab.

“I wouldn’t be able to comment on that,” said Ratcliffe, who served under the Trump administration during the first year of the pandemic.

“How significant would this purchase be?” Markson followed.

“It would be significant,” he said.

“I think that would be another compelling piece of evidence, if you need more,” he added.

Ratcliffe said there is compelling evidence supporting the lab-leak theory that is not in the public domain.

“I think the time has come for the Biden administration to declassify additional information that would [provide] more evidence, if you need it, that Chinese communist officials actly badly, bullied international officials, covered up intelligence and reporting on this,” he said.

Releasing more information, said Ratcliffe, “will create additional pressure on Chinese communist authorities and others who continue to deny that China is a bad actor here.”

Later former DNI pointed out later in the Sky News feature that “the people who have the most access to the most intelligence are telling you that the most likely origin of COVID-19, of the Wuhan virus, was a lab leak at the Wuhan Institute of Virology.”

Pompeo said there was “enormous, albeit indirect, evidence that the Wuhan Institute of Virology was the centerpoint” of the pandemic.

“Remember, too, there were 14 American diplomats on the ground in Wuhan at this time who were watching and observing what was taking place,” he said.

Pompeo said the World Health Organization, unwilling to stand up to China, failed at the task for which it was formed, to prevent a global pandemic.

Pompeo said the cover-up shows “the absolute absence of humanity” of China’s leaders.

“They are prepared to let millions of people die, if that’s what it takes to protect their regime,” he said.

Markson’s report also explored the Wuhan lab’s close ties to the Chinese military and the possibility that China was working on a bioweapon or a defense against a bioweapon.

He said U.S. intelligence agencies had information early in the outbreak that could have prevented the pandemic but did have the means to analyze the information and act on it.

“We collect everything and know nothing in our government these days,” he said. “It’s the big data problem, we’re all drowing in it.”

Trump told Markson he believes the novel coronavirus “escaped from the lab through incompetence.”

Dissident’s warning
Markson broke the story that Wei Jingsheng, a Chinese dissident who fled to the United States and maintains high-level contacts in China, disclosed he was informed that a coronavirus was spreading in Wuhan at the time of the World Military Games there in October 2019. Wei said he warned U.S. intelligence agents and one American politician at the time, which was six weeks before Beijing admitted there was an outbreak.

Markson also noted Dr. Anthony Fauci’s National Institute for Allergy and Infectious Diseases funded, in part, 65 experiments at the Wuhan lab, including the dangerous gain-of-function research that many investigators believe triggered the pandemic.

Ratcliffe said that despite the denials of Fauci and the British researcher funded by NIAID, Peter Daszak, U.S. intelligence has evidence that gain-of-function research and research on live bats was going on there.

In a 2012 paper, Fauci argued the benefits of gain-of-function research outweigh the risk of a pandemic.