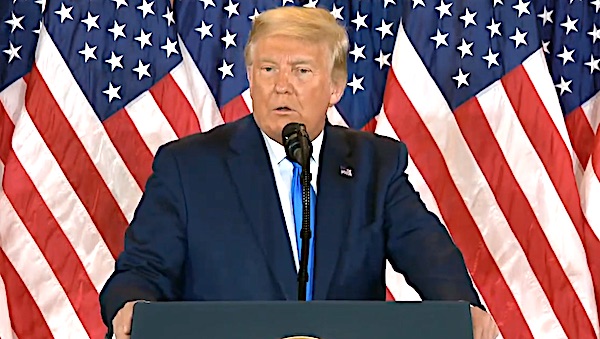 An elections official in Georgia has admitted that “a few” legally required forms documenting the chain of custody for ballots during the 2020 presidential election are missing, blaming the significant problem on the fact some “core personnel” were quarantined due to positive COVID-19 tests at the time.

But actually, a report in the Georgia Star News reveals that 385 official transfer forms, of an estimated 1,565 that would have been present in Fulton County, are missing.

“The total number of absentee ballots whose chain of custody was purportedly documented in these 385 missing Fulton County absentee ballot transfer forms was 18,901, more than 6,000 votes greater than the less than 12,000 vote margin of Biden’s certified victory in the state,” the report said.

The report explained the “stunning admission” about the missing documents came from Mariska Bodison, of the Fulton County Registration & Elections office.

“As we review the documents provided to you and our daily log. We noticed that a few forms are missing, it seems when 25 plus core personnel were quarantined due to positive COVID-19 outbreak at the EPC, some procedural paperwork may have been misplaced,” she told the Star News.

It just the most recent question to be raised about the 2020 presidential election nationwide, and specifically Georgia, one of a handful of swing states where odd election circumstances appeared that were called for Joe Biden, giving him the election victory.

“One after another, the absentee votes contained perfectly filled-in ovals for Biden — except that each of the darkened bubbles featured an identical white void inside them in the shape of a tiny crescent, indicating they’d been marked with toner ink instead of a pen or pencil,” Sperry reported. “Adding to suspicions, she noticed that all of the ballots were printed on different stock paper than the others she handled as part of a statewide hand recount of the razor-thin Nov. 3 presidential election. And none was folded or creased, as she typically observed in mail-in ballots that had been removed from envelopes. In short, the Biden votes looked like they’d been duplicated by a copying machine.”

The Star News based its new analysis on an Open Records Request revealed that one in four of the required documents, confirming the validity of those ballots, was absent.

“This is the first time that any election official at either the state or county level from a key battleground state has made an admission of significant error in election procedures for the November 3, 2020 election,” the report said.

The chain of custody is at issue because, the report said, Biden’s win in the state was by fewer than 12,000 votes, and Georgia Secretary of State Brad Raffensperger “has taken no action in 156 of Georgia’s 159 counties to secure copies of any absentee ballot drop box transfer forms and review them for accuracy and consistency with reported absentee ballot vote counts,” the report said.

Those ballots are the focal point of a lawsuit filed by a handful of residents who want Fulton County’s ballots made available for a forensic audit.

The Star News said, “The admission of missing chain of custody documents came as a response to The Star News follow-up to Fulton County’s incomplete responses to Open Records Requests for the transfer forms that document the chain of custody of absentee ballots placed by voters into 37 drop boxes installed through Fulton County over the 41-day November 2020 presidential election period that began on September 24 and ended on November 3, election day.”

The dispute in Georgia already has been raised by the Georgia GOP, which issued a censure to Raffensperger for “dereliction of his Constitutional duty.”

It said, “Undermining the security of our elections by allowing mass mailings of absentee applications by his office and third parties which created opportunities for fraud and overwhelmed election offices; rendering accurate signature matching nearly impossible; allowing ballot drop boxes without proper chain of custody; and ignoring sworn affidavits and disregarding evidence of voter fraud.”

The Gateway Pundit documented in a report that the same issue is appearing in other states, too.

“For months and again today we’ve reported on over 300,000 missing chain of custody documents in Georgia. Notably, most if not all of these ballots are likely for Biden and Biden was given Georgia by around 12,000 votes which included these bogus ballots,” the report said.

There were six battleground states that drew charges of election fraud after the 2020 presidential race results were announced. Several states suspended counting on Election Night with Trump leading. Hours later, after massive ballot dumps that were nearly 100% for Biden, the Democrat took the lead when counting resumed.

Further, in many of those states, officials arbitrarily changed state laws in order to accommodate ballots during the COVID-19 disaster, even though the Constitution requires only state lawmakers to made such changes.

In Michigan, another one of the states, a lawyer has charged that someone remotely accessed the voting machines days after the election, and those machines contained software that would have allowed changes to be made.

A lawsuit there is on appeal.

Such fights have been stirring up “fact-checkers” across the political spectrum in recent weeks. They insist that the claims of vote manipulation or fraud are “in dispute.” That’s because, they say, government officials have claimed there are “safeguards” in place to protect “against fraud, including hand counts and audits.”

Currently there’s a forensic audit being done on the votes in Maricopa County, Arizona, and results are expected within a few weeks. Officials from several other states have reviewed the process there already, but have not yet begun their own audits.