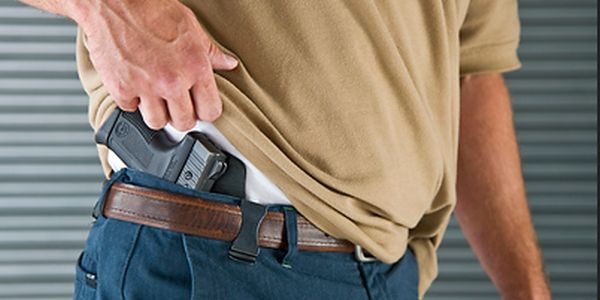 Having just 5%-10% of the faculty and staff at a school trained and armed can reduce fatalities in an active shooter situation by more than 80%, according to a study highlighted in a column by Cam Edwards at Bearing Arms.

The issue is a hot topic these days following the mass killing of 21 at a school in Uvalde, Texas, an attack that remains under investigation over the fact that police officers were on the scene, but apparently delayed entering the room holding the killer and many victims for an extended period.

Democrats have proposed a long list of new gun restrictions, with Joe Biden leading the way in demanding for bans on guns, more background checks and such. Republicans have suggested they’re willing to consider commonsense rules, but they would have to comply with the Second Amendment.

“The idea of arming trained, volunteer school staff members to serve as a first line of defense against any targeted attack on students has been dismissed by Democratic lawmakers and teachers unions alike, but a majority of voters appear much more receptive to the idea,” Edwards pointed out.

But he said more important is the research by J. Eric Dietz, of the Homeland Security Institute at Purdue University, who explained that computer modeling showed ways to cut the casualty lists by more than 80%.

“The presence of a school resource officer who can engage the assailant, and 5-10% of school staff members who have been trained and are armed to protect kids in locked classrooms,” the column explained.

Edwards explained, “The idea isn’t teachers would be roaming the hallways looking for the attacker. Under Dietz’s modeling, that’s left up to law enforcement, with the armed staff members sheltering in place with their students and taking action only if the door to their classroom (or library, or administrative office) is breached.”

The column pointed out that despite the expectation of significant results, many educators want nothing to do with it.

His column quotes Jourden Armstrong, who has taught in Michigan for 15 years.

“I went to college to become a teacher, not a law enforcement officer.”

Edwards pointed out, “Even if every gun in the United States was banned tomorrow that wouldn’t get rid of the problem of determined killers arming themselves and targeting innocent human lives. But we’re also not going to ban every gun, or even every modern sporting rifle, and not because lawmakers are ‘putting profit over people.’ The are simply tens of millions of Americans who don’t believe that criminalizing the right to keep and bear arms is constitutional or effective at stopping violent predators, cold-blooded killers, and deranged individuals from carrying out their crimes.”

Edwards explained, “If teachers don’t want to be a part of any armed defense in school they don’t have to volunteer, but given the clear benefit shown by Dietz’s research, I would hope that more of them would at least be happy to see their colleagues step up and take on the responsibility of protecting the lives of the students and staff on campus.”