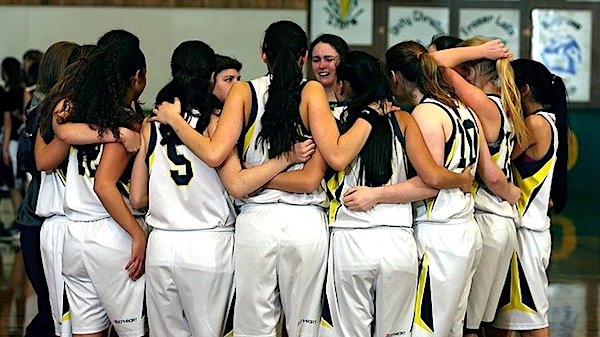 As the contentious debate continues over allowing in-person classes in public schools, a new study shows the spread of the coronavirus is extremely low among school athletes, whose events tend not to accommodate social distancing.

The study of more than 30,000 high school athletes who played fall sports in Wisconsin found that only one contracted the coronavirus.

The researchers from the University of Wisconsin School of Medicine and Public Health discovered that the rate of infection among the students actually was lower than the rate among the general population of 14-17-year-olds during that time, reported Daniel Horowitz for The Blaze.

Further, advocates for sending kids back to the classroom argue the CDC lists the survival rate of the coronavirus at 99.997% for ages birth to 19. And many studies indicate children are less likely than adults to be infected and less likely to spread the virus.  A massive, nationwide Yale study, for example, found young children aren’t associated with the spread. And a 400,000-person study in Iceland found that children under 15 are about half as likely as adults to be infected, and those infected are half as likely to transmit it to others.

The 30,074 student-athletes examined in the Wisconsin study participated in 16,898 practices and 4,378 games during the peak the spread of the coronavirus last fall.

Of the 270 reported COVID-19 cases among that population, the vast majority were attributed to household and community contact. There were only five related to school along with just one related to sports.

The researchers further found no statistically significant difference in reported COVID-19 incidence between contact versus non-contact sports or individual versus team sports.

The study also looked at the impact of masks, although the researchers conceded that because 84% of the student athletes wore masks, they had difficultly getting a significant sample of non-mask wearers.

Nevertheless, the study found that after “adjusting for local county COVID-19 incidence and school instructional delivery, face mask use was not associated with a decreased COVID-19 incidence in football, girls’ volleyball, boys’ soccer or cross country.”

In fact, the researchers found a greater incidence of cases among students who wore masks among the football groups, which had the most cases of the four sport groups studied.

Horowitz noted that in an informal survey of 2,270 Minnesota high school athletes, 74% of students reported at least one “clinically significant symptom” from wearing a mask while playing a sport.

The symptoms included loss of consciousness, dizziness and vomiting.

Nearly 80% said it was hard to breathe, 52% said they experienced “increased or excessive fatigue.”

In the Minnesota survey, 48 players reported going to urgent care and 18 were taken to the ER.

The Wisconsin finding was consistent with a British Journal of Sports Medicine study that found “the transmission risk during a rugby match is likely to be very low.”

The lockdowns and the closing of the schools “are the worst public policy decisions of my lifetime,” Fox News senior political analyst Brit Hume said Tuesday.

Public policymakers appear to rely solely on Dr. Anthony Fauci for guidance on the coronavirus pandemic, shutting out scientists from other fields, Hume told Katie Pavlich, who was hosting  “Fox News Primetime.”

“He’s an epidemiologist,” Hume said of Fauci. “His job is to fight this disease. He’s not an expert in child psychology, or children’s education. He’s not an expert on whether cancer screenings can be postponed when there’s lockdowns that are affecting hospitals. He’s not an authority on the U.S. economy or the damage that may be done to it. He’s just not. That’s somebody else’s problem and it’s not his.”

Hume said that when governors lock down their states based on Fauci’s changing message, “we end up with collateral damage about which he seems unconcerned, because it’s not in his bailiwick, and we end up with the terrible problems that we’ve had.”

“When they talk about ‘Follow the science,’ the question becomes, which science? Economics is a science. Cardiology is a branch of science,” he said.

“If you only listen to some scientists instead of looking through a broader lens, you end up with the kind of policy decisions we’ve made. I think these lockdowns and the closing of the schools are the worst public policy decisions of my lifetime.”

Hume said a “great deal of responsibility for our unfortunate responses belongs with the news media, which has been terrible in this.”